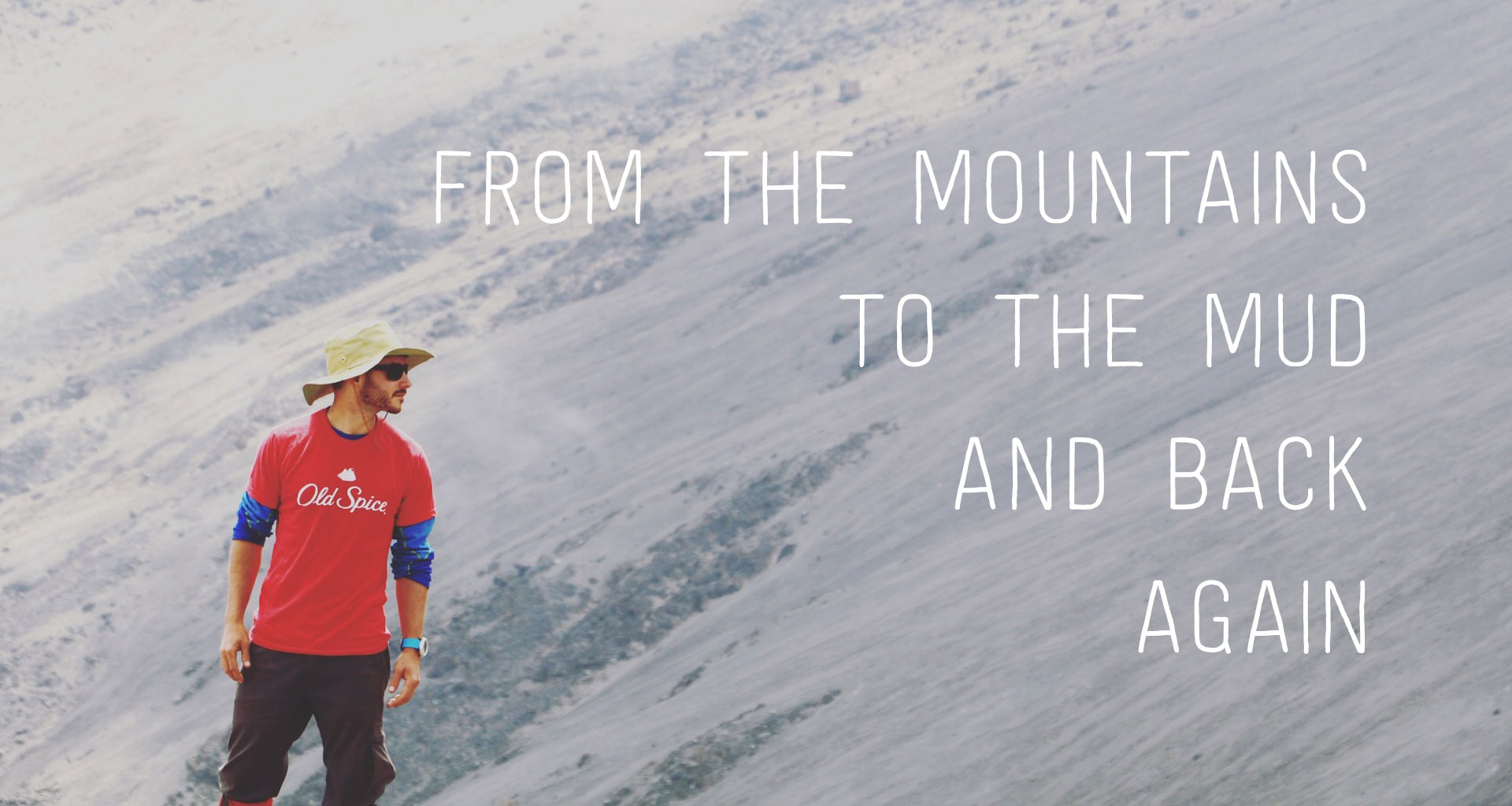 Six years ago, I was catching my breath at over 13,000 feet and staring at Switzerland’s most iconic mountain. I sat atop the Breithorn’s summit glacier and across the valley of Zermatt before me, the Matterhorn stood tall in all its intimidating glory. Ice crystals were swirling in the thin air, and I was taking a picture of a stick of deodorant. Yeah. Old Spice Matterhorn.

During my Junior year at Bryant University, I stumbled across the most epic internship of all time. I was researching “The Man Your Man Could Smell Like” campaign for my advertising class and in doing so, discovered that Old Spice’s Adventure Internship would choose two men to send on the summer trip of a lifetime in support of promoting their brand new Fresh Collection line of deodorants. One would go to Fiji, and one to Matterhorn. I had to apply!

Other than some basic information and qualifying experience, the application really had one determinant question. “What does your dream job smell like?” That was it. I could tell they wanted to know that the guy they picked could nail the brand voice. He would, after all, be blogging and writing social posts about the adventures along the way.

I think I wrote something about a giant snowboarding waffle. It’s hard to remember the exact thing now, but it was ridiculous enough to get an interview, and after that, I got picked! I became the Old Spice Matterhorn intern and in June of 2010, I spent a couple weeks traveling Europe.

More specifically, I was promoting the Matterhorn line in Zermatt, Switzerland by way of snowboarding, climbing, paragliding, helicopter flights, wearing lederhosen and playing the alpenhorn, and even donning a nylon tux and attempting to get a date Bond-style. I don’t know if I’ve ever seen Bond in a stretchy tuxedo costume, but he probably couldn’t rock it any better! And I did end up getting two lovely Swiss gals to join me for a martini. Shaken, not stirred.

Let’s just say, it was one hell of an experience. One that really became the catalyst for me realizing that documenting my adventures could be a real career path! There it was. I would combine my experience in media production, with my studies in marketing, and create adventure content. This was before “content” was commonly spoken marketing industry jargon, and social media was just taking off. 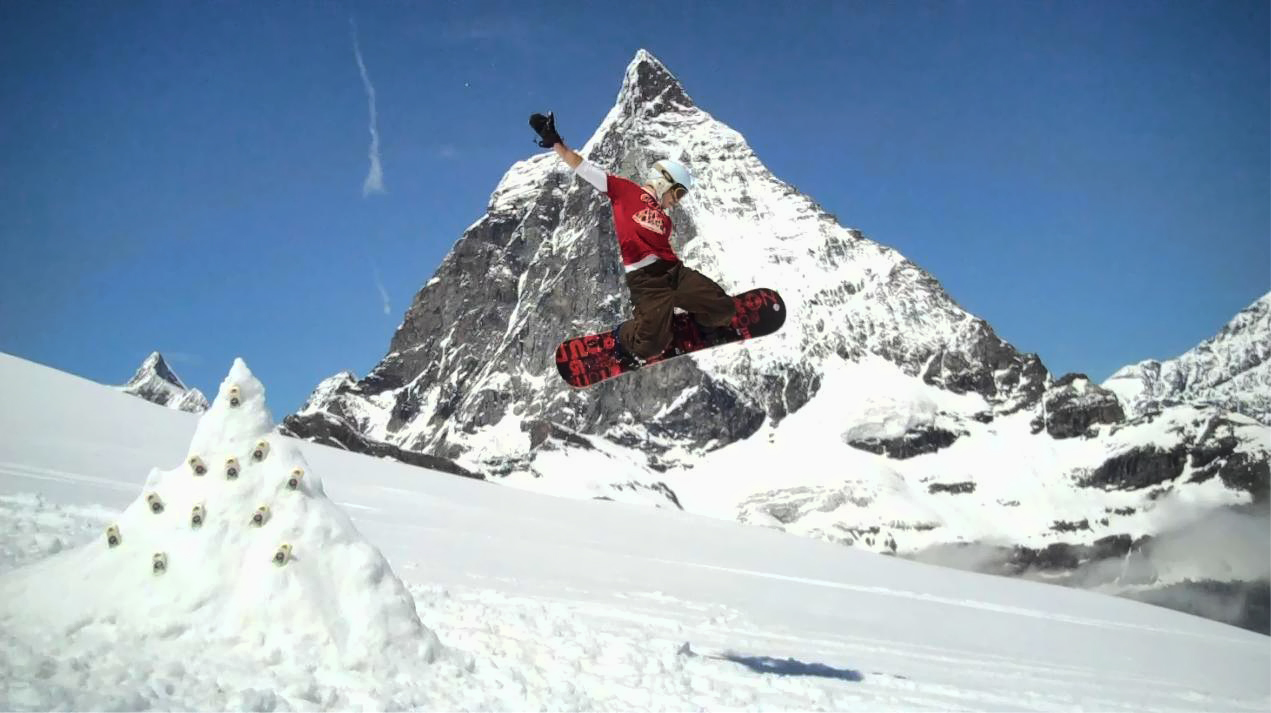 Fast forward to December 2015 and I’m in a hotel room in Atlanta, GA. I was there for the week filming as a competitor on NBC’s Spartan: Ultimate Team Challenge, and I received a phone call. Total déjà vu. It’s Jessica.

Jessica Johnston was the PR rep and my point of contact during my 2010 Old Spice Adventure days, and plain and simple, she’s awesome! We hadn’t spoken since then, but she was still with the brand and had been keeping up with all of my adventuring (Between The Peaks, Explore Inspired, etc.). So here she was with a second invite into the great-smelling open arms of Old Spice for another summer getaway. This time, a muddy one!

Old Spice had just released their toughest line of deodorants yet—“The Hardest Working Collection”—which consists of scents like Lasting Legend, Tougher Timber, Fresher Fiji, and Pure Sport Plus, and they teamed up with legendary mud run series, Tough Mudder, as a platform to promote the line.

Jessica’s invite was to head out to the P&G headquarters for a press event with the Old Spice family and to race the June Tough Mudder in Sparta, Kentucky. I, of course, was psyched!

It had only been within the past year that I discovered a passion for the obstacle racing circuit, at first, as super fun cross training for my mountaineering goals, and second, as it’s own amazing pursuit. Just off the heels of competing on the Spartan show, reconnecting for this Old Spice / Tough Mudder event could not have been more perfectly timed.

When it comes to what I promote, both personally and on Explore Inspired, I will never endorse a product I don’t use and believe in. In the case of Old Spice, I’ve seriously been using exclusively the Fresh Collection line (Denali, Fiji, Komodo), since 2010. I guess they won me over then, but sadly, my beloved Matterhorn scent was discontinued.

That being the case, I was open to trying this new line. As expected, it’s great stuff. But what I learned while at the Old Spice R&D labs on my P&G visit is that it’s not just good smells and even gooder marketing. There’s serious science behind these sticks and why they work so great! We saw the experiments in person, and they actually do the job better. 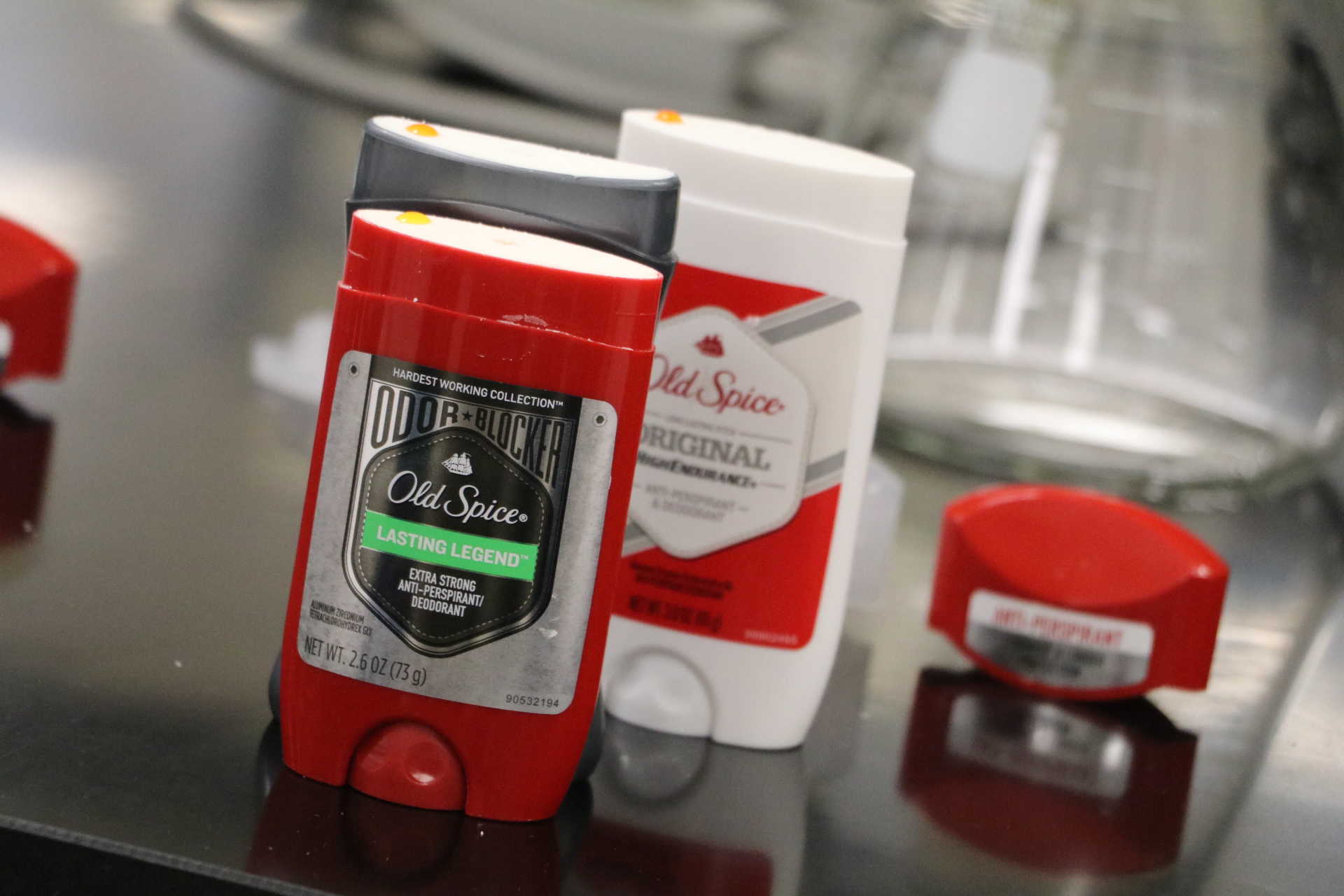 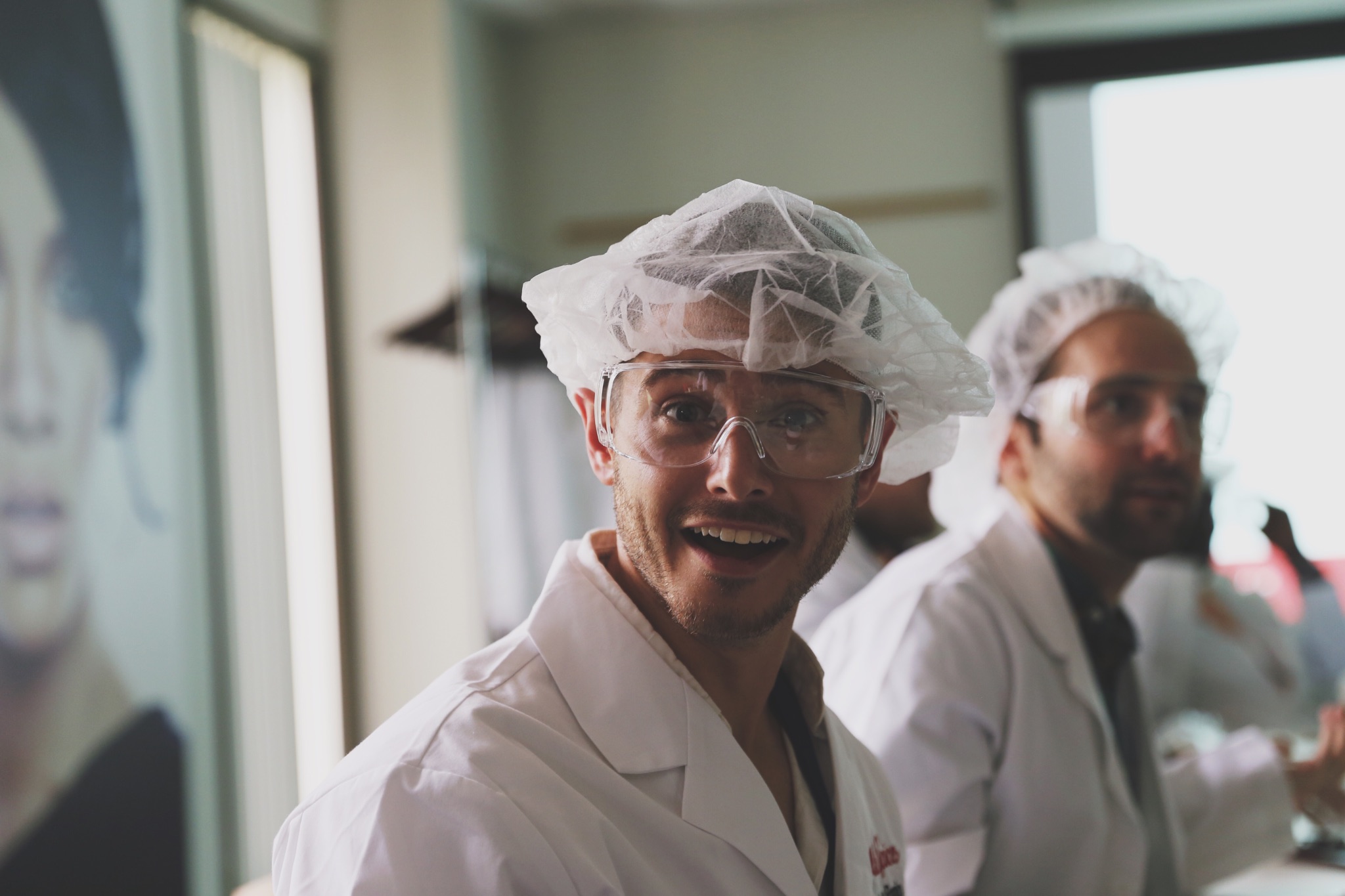 Of course, everyone has their preference, but I’ve honestly had a stick of Old Spice with me on every one of my adventures since 2010.

So back to Cincinnati, I spent a full day learning about the history of the brand from deep within the P&G archives, discussed industry trends and provided insight into my specific niche (awesomely adventurous people), got the sneak peak on some upcoming products and advertisements, and walked the labs to see where the formula is made and tested. 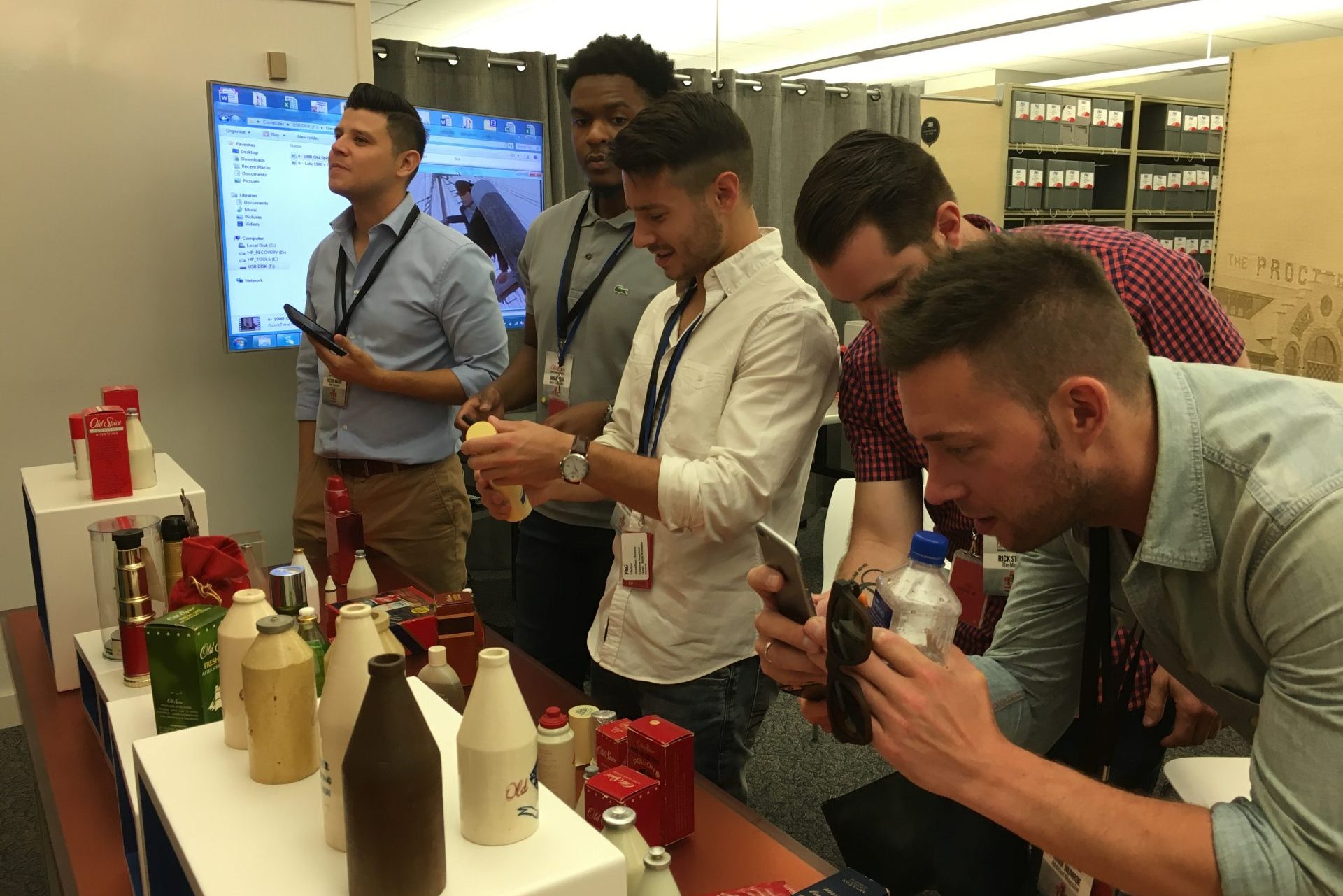 That part was cool. Literally! I hung out in a 20-degree room with a bunch of deodorant cases as they test how the product handles extreme temperatures over long periods of time.

The following day, the REAL fun began. It was Tough Mudder time! I had never run one of these, but it was certainly a unique experience. Being used to Spartan Races, which are just that, races, Tough Mudder’s more relaxed, get through it as a team vibe is a pretty sweet contrast. Both are great, and it’s nice to balance the competition with the teamwork, so I recommend trying both. 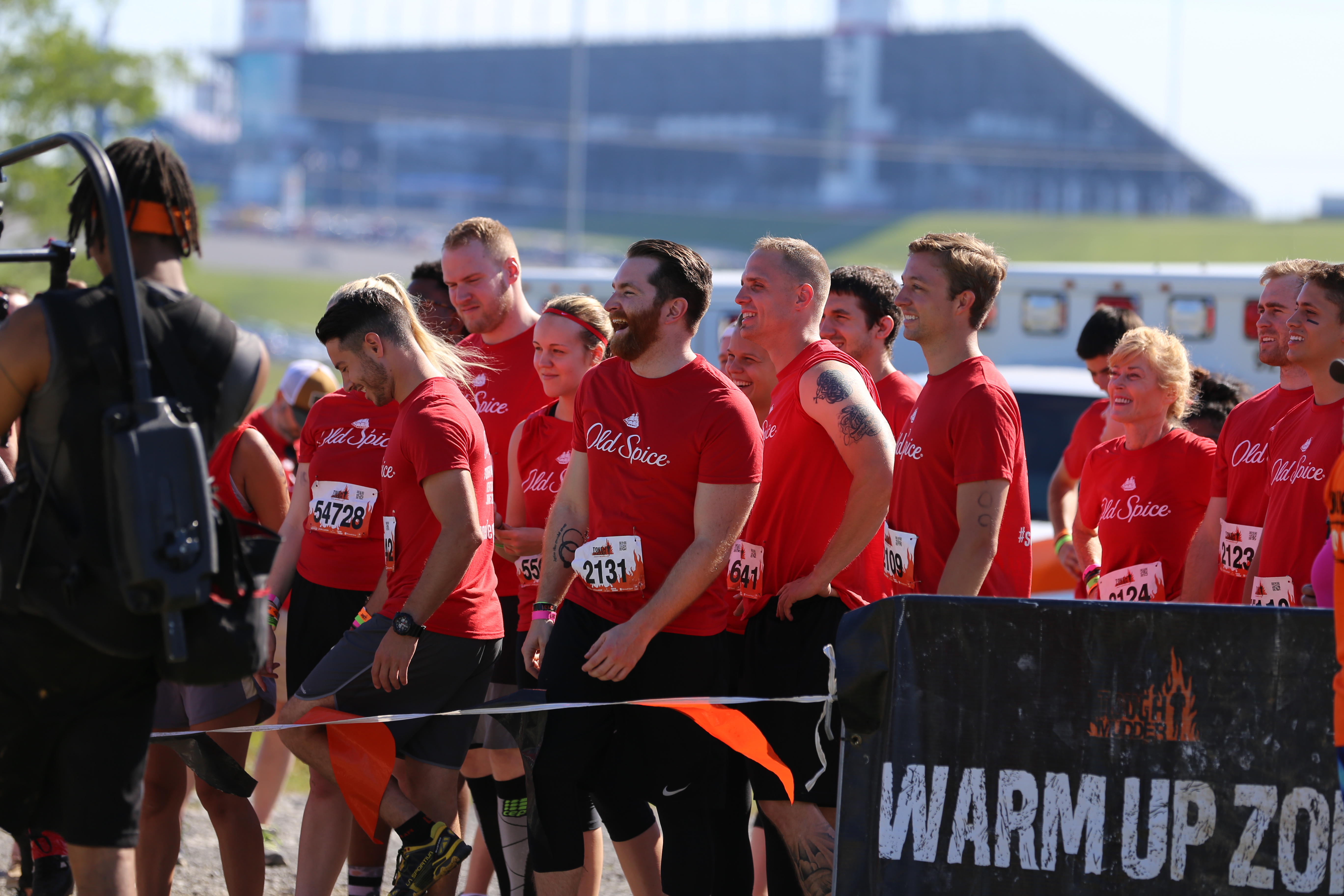 It was a sweltering hot 10-mile course on the surrounding grounds of the Kentucky Speedway complete with hill climbs, ice baths, a slip wall, and you guessed it, plenty of mud. Tough Mudders also end with a nice little jaunt through hanging live wires.

Those suckers hurt A LOT more than I expected! Damn. Just look… 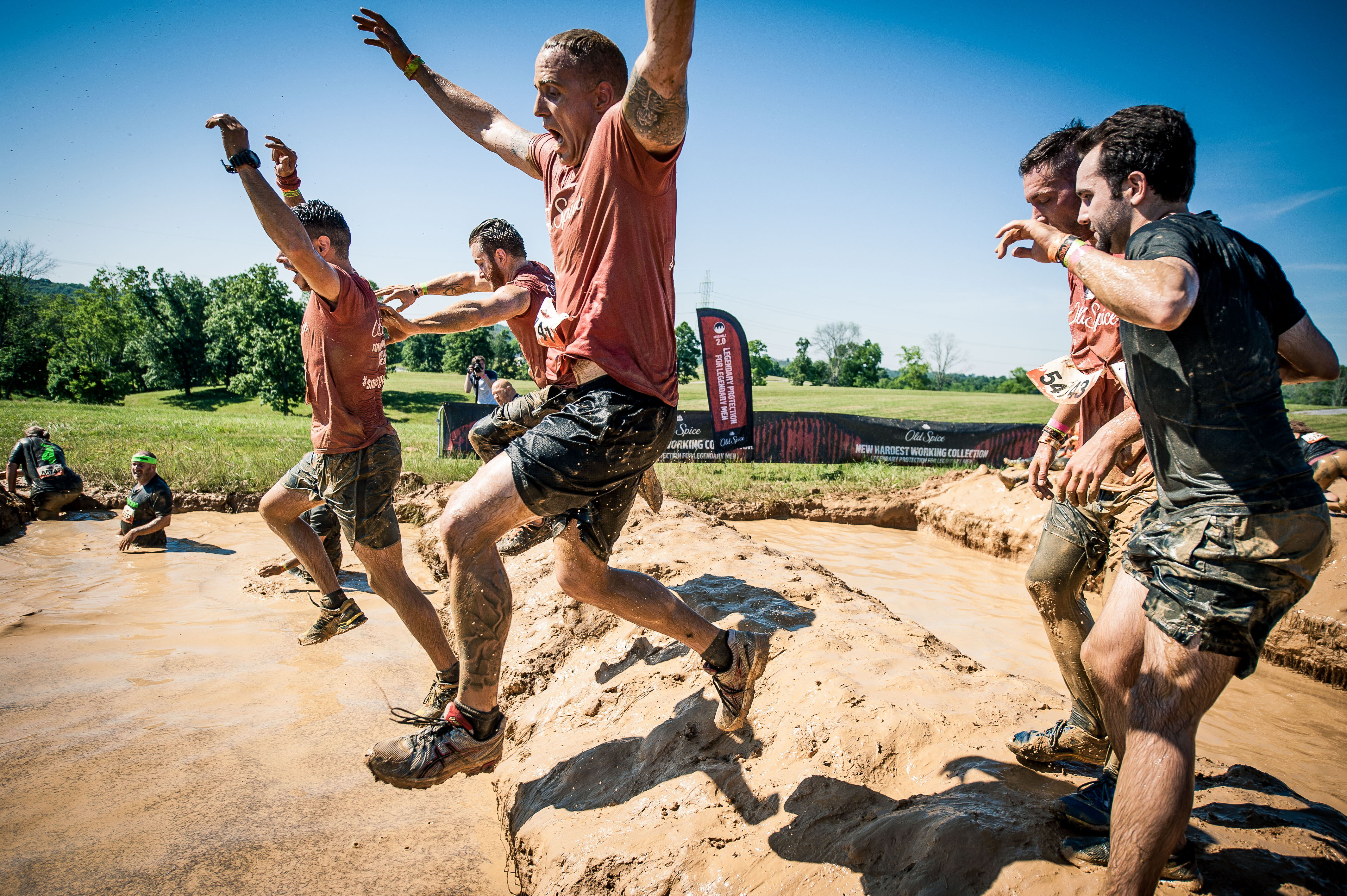 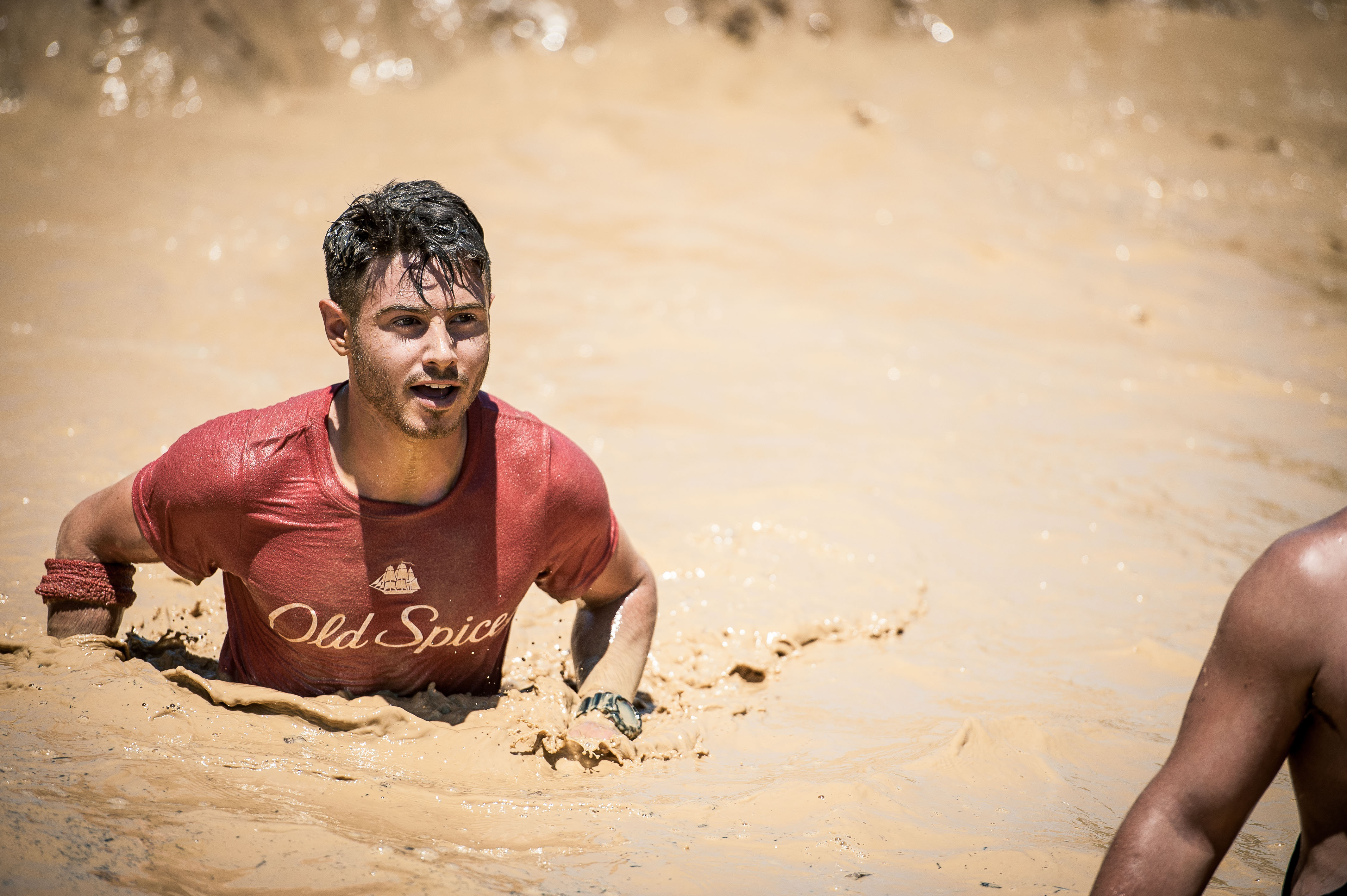 This was definitely one of my more fun OCR experiences. And not just the race, but simply the time spent hanging out with Old Spice guy Isiah Mustafa, connecting with the rest of the amazing writers, adventurers and entrepreneurs invited down in my same situation and meeting the entire Old Spice brand and PR team.

It was all just a blast!

Did the Hardest Working Collection stand up to the test? Did I still smell legendary a couple hours of mud and sweat later? You bet I did. But as you know and I’ve said before, this obstacle mud run stuff is still new to me.

I wanted to test this new line on my home turf—In the mountains. You know, where it’s not just hours of exertion but often DAYS in the dirty backcountry without showers.

Just one month later, I would be heading off to Tanzania to climb Mount Kilimanjaro. There aren’t too many legendarier mountains in the world than the Rooftop of Africa, so that seemed like the perfect place to take some deodorant. Also, after a weekend with the brand team, I definitely had enough of it to give one or two out on the mountain!

July 23, 2016, marked touchdown in Tanzania and after five days of climbing, I stood on the 19,341-foot peak of Mount Kilimanjaro. My climbing partner on this one was my long-time best friend and Between The Peaks compadre, Ethan Lee.

Ethan and I have traveled the Americas together, shared tents, shared rooms, shared a bunk bed for over a year and even shared plenty a bed. You grow very close with your adventure mates on the road and let’s just say you learn to expect a certain “musk” along the way. On this trek, I gave him one of the sticks, I of course had one too, and I have to say our tent stayed smelling decently fresh! Obviously incredibly manly, but fresh. 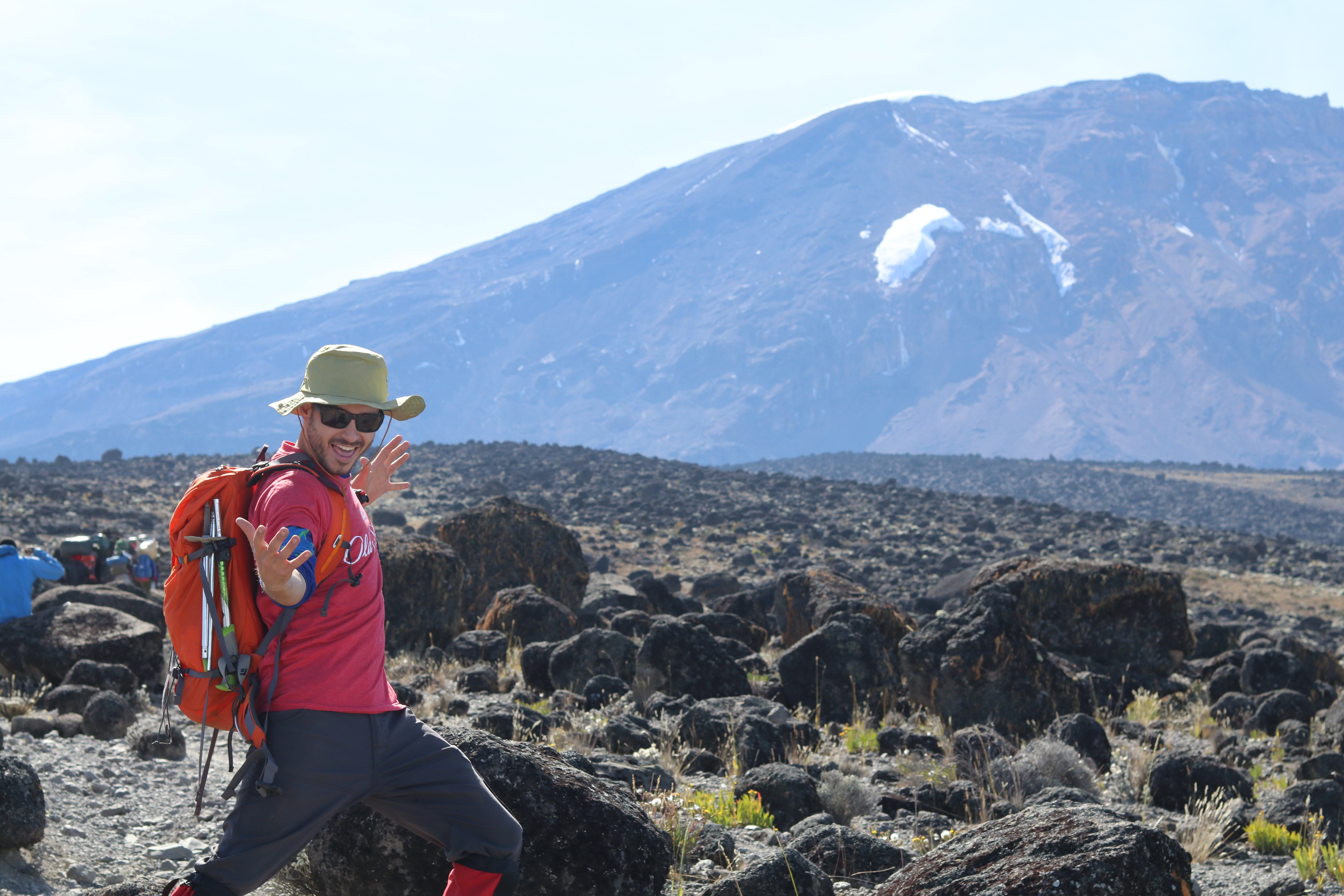 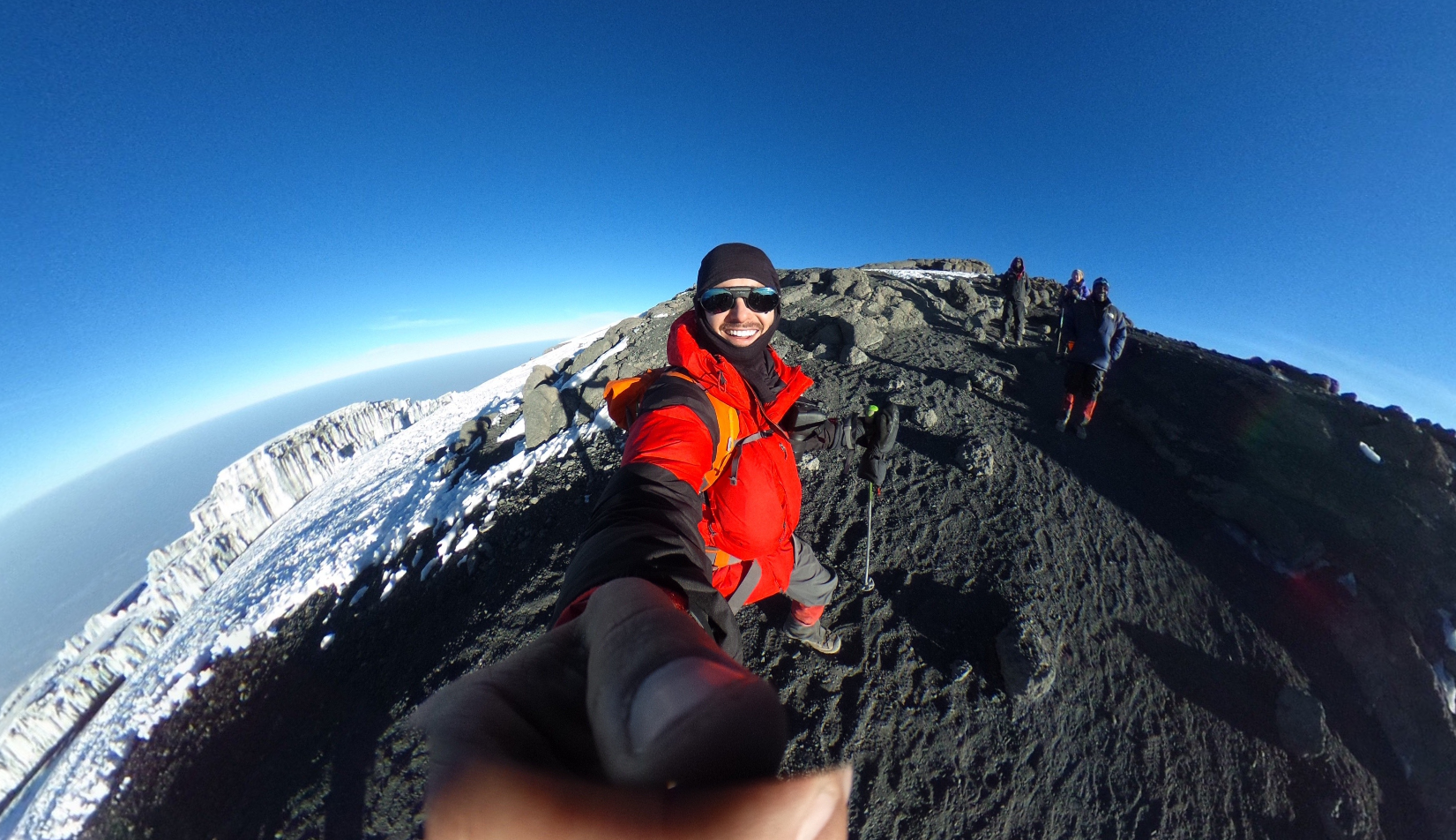 It was a week of trekking through the humid rainforest of Kilimanjaro’s foothills, the dry dusty heat of the alpine deserts, and the icy harshness of the summit cone’s tundra, and we smelled pretty okay considering. I would say it passed my final test.

It’s been a smell of a journey my Spicey friend. Thank you for the opportunities.

Also see: HOW TO MAKE A CAREER OUT OF ADVENTURES

The content of this post was sponsored by Old Spice, however, I will never promote a product, brand, or service that I don’t use, trust, and love.