The first time I climbed Mount Rainier I nearly led my team off a 2,000-foot wall of rock and ice because my headlamp was too dim. I learned my lesson and immediately bought the Princeton Tec Apex Pro, because brighter is better in the backcountry. Always.

It was 2012. Ryan, Ethan, and I had roped up and began our ascent out of Camp Muir just after midnight. We crossed the Cowlitz glacier, up the Cathedral headwall, and then the lower Ingraham before starting up the Disappointment Cleaver.

Ryan, in middle position on the rope team, had a Ptec Apex Pro lamp. He bought one after seeing just how powerful they were as we snowshoed past a couple of Aspen Mountain Ski Patrollers rocking those lamps in the middle of the night. I, leading our team, did not.

I had what was likely a $15 headlamp from a few Christmas’ back when my parents gave me a “hey, you like to hike” assorted gift box. It was great starter set of gear! And that little lamp worked well for general hiking in the Northeast, or around Big Sur’s Ventana Wilderness the summer I moved out to California, but it would prove to be near useless in the middle of the night at 11,000-feet on the United States’ tallest glaciated volcano.

It was too dim. I often couldn’t see the next wand marker on the well-traveled DC route. Because of that, I made a couple wrong turns. Most were no big deal. We realized we were off track, retraced our steps and found the trail. But one time, we ended up kicked into the side of a crazy steep ice wall with a couple thousand feet of exposure. We had cheap, not for ice climbing, crampons. We had mountaineering axes that could have used some sharpening. And we were scared shitless.

Roped up and trying to get back off this ice, we knew that one false move by one person on the team likely meant the end for all of us. It was a pretty serious situation, but we slowly and carefully got out of it. Immediately after, I traded headlamps with Ryan. I took his blindingly bright spotlight that was the Apex Pro, and he took my toy flashlight. We would be okay after that and we did summit just a couple hours later! 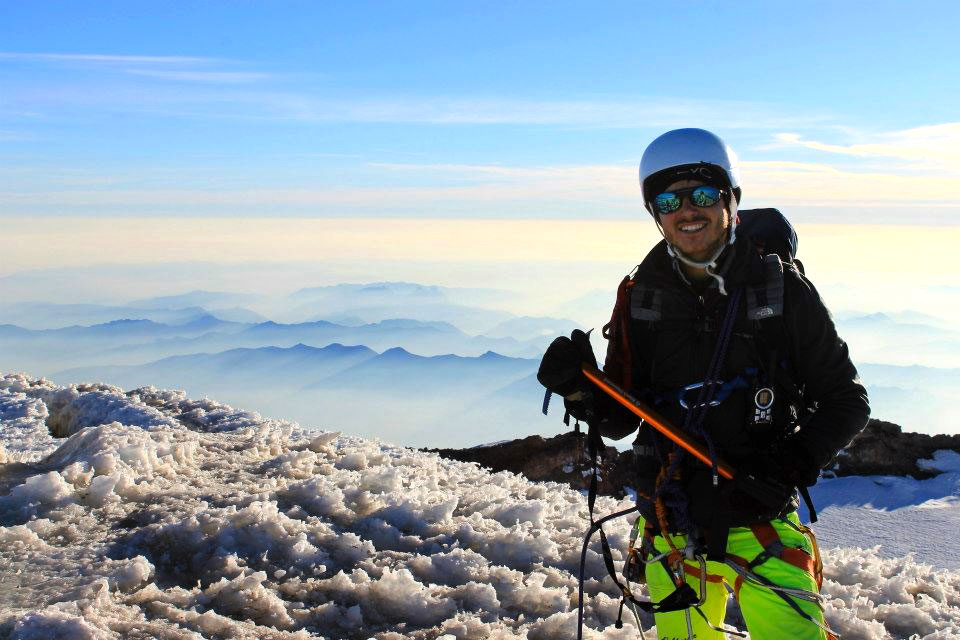 But I learned my lesson. Just any headlamp will not do. I was upping my climbing game and needing to up my gear game along with it. A professional guide-grade headlamp would be worth the investment after an experience like that!

Back when I bought my APEX PRO, I think it cost around $150. Well worth it. If it cost $250 and I could go back in time, I’d tell myself to not hesitate to drop the cash and buy a bomber light. Luckily, that’s not the case anymore! These things came down in price while increasing in power!

What was incredible and reliable at 200 lumens, is now an insane 350 lumens. The APEX PRO runs off two CR123 Lithium batteries and has a 35-hour burn time. And regarding price, now less than $70!

There’s a lot of great brands in the lamps and lights space these days, but I continue to stand by the quality and reliability of American made Princeton Tec. They aren’t an apparel brand getting into hard goods. Light technology is in their DNA, and I’ve trusted the APEX PRO to guide my way for years through some pretty hairy situations on some pretty gnarly mountains.

The First Time You See It: An Ode to Jaw-Dropping Vistas

Beyond An Inspiring Landscape, I Discovered Grit

Don’t Let The Short Dark Days Keep You Inside

6 Must Haves Items for Your Road Trip