This story is mostly about putting the Danner Boots Explorer 650 to the test. But it’s also about having three once-in-a-lifetime moments in just one morning.

The first is easy. It was the first time I’ve ever hiked in a pair of Danner boots!

The second, millions around the world shared in and that was the super blue blood moon.

The January 31st lunar eclipse was the first to coincide with a Blue Moon – a second full moon in one month – in North America in over 150 years. It was also the second “supermoon” of 2018, with the moon appearing slightly bigger and brighter than usual due to its closeness to Earth. And to top it off, the supermoon passed through Earth’s shadow this morning, casting a reddish hue on the lunar surface for more than 4 hours. – Space.com

The third, and most important moment for me, was the birth of my nephew Callen Joseph Ronzio.

He now shares a birthday with Justin Timberlake, which basically makes JT part of the family…though, I’m not sure where our invite to the halftime show was…

Quite the eventful morning right?!

While my sister-in-law was in labor, I put on a headlamp and hit the trail up Camelback to get above Phoenix for a better view of the lunar phenomenon. I was pretty psyched about this capture below—the red glowing super moon casting a halo over the sprawling city lights just minutes before the sun broke over the horizon behind me.

As I looked upon the moon, I could help thinking that the last time the Americas could gaze upon this celestial event, Andrew Johnson was President and it would be 13 years before Thomas Edison would invent the lightbulb. I wonder how much more dramatic this would have looked without all those city lights!

Okay right, back to the boots for this Mountain Tested Monday!

The Danner Explorer 650 is a redesign of the 1979 industry innovator Danner Light.

The Danner Light was the first piece of footwear to feature a GORE-TEX® liner. The Explorer 650 takes what was already amazing about the Danner Light and introduces new technology from the bottom up without compromising the heritage aesthetic.

I actually wore these boots around Denver on my last full day at Outdoor Retailer and the first thing I noticed was just how light they were. The second thing, was how comfortable they were straight out of the box. No break-in period. So I kept wearing them and headed to the airport. 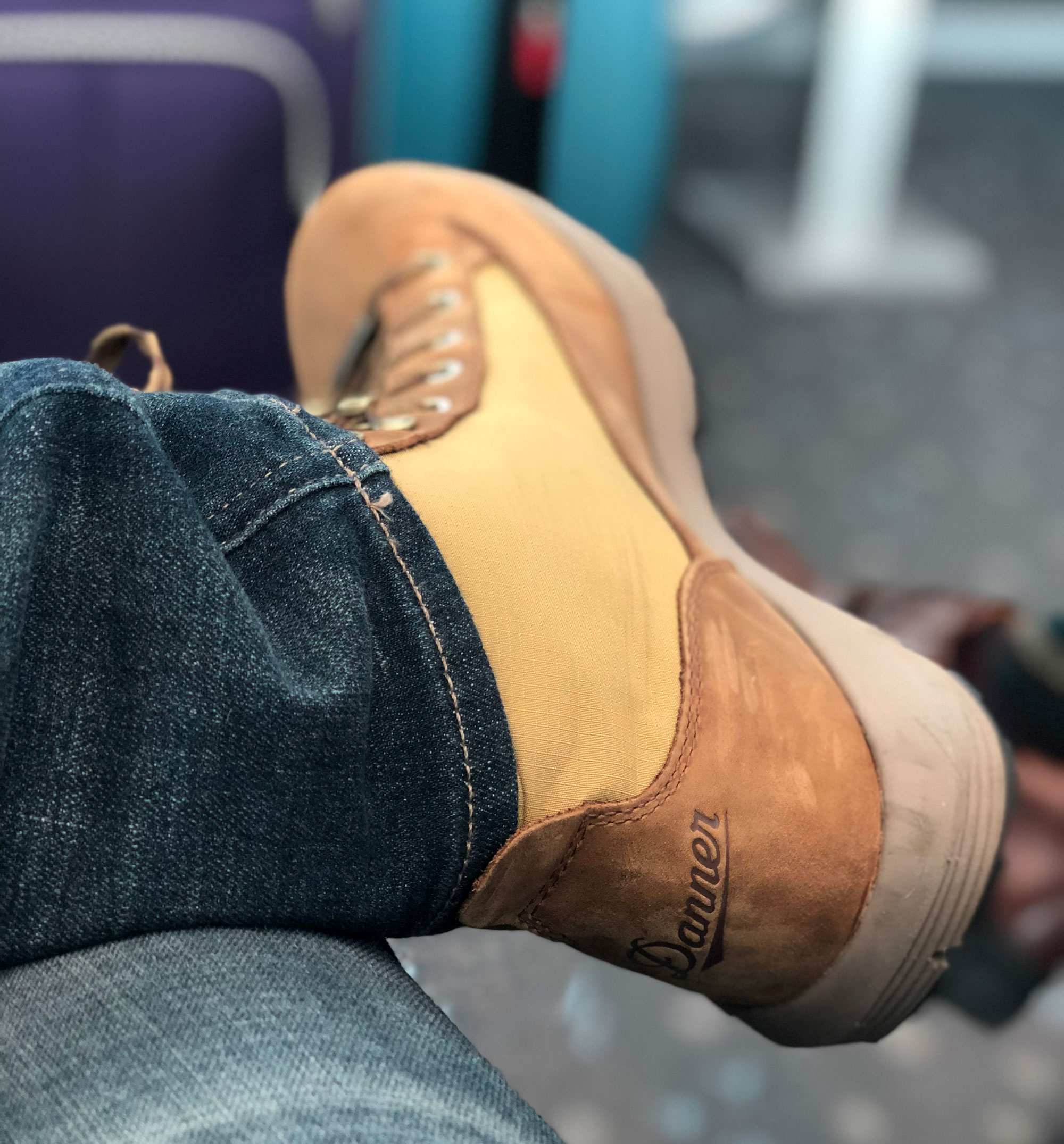 Getting back to Scottsdale, I was excited to test these on the trail.

A big design shift from the Danner Light to the Explorer 650 is replacing the leather upper sections with large nylon panels. This move significantly cut the weight (literally in half, now at 33 ounces per pair) of an already light boot. And that makes these a dream to hike in.

The nylon panels also really help airflow and while the Explorer 650 is definitely a warm boot, your feet will still breathe.

I haven’t been able to test the waterproofing, since I’m hiking around Arizona right now, but from all the other reviews I’ve read, they super reliable when it’s super wet. They’re lined with Danner Dry, which is Danner’s own waterproofing material, to protect against rain, mud, and accidental stream plunges.

I’m sure when I get back to Boston and all the snow is melting, these will hold their own!

Tacky (in the good way)

The Explorer 650 features a Vibram outsole and utilizes their Megagrip compound. These soles are sticky!

When I run, I stick to the trail and move fast. But when I hike, I’m always trying to lose the trail and find more fun ways up or down the mountain. I’d rather do a little bouldering (if the fall consequence isn’t terribly extreme) than take the easy steps up.

And in this instance below, on my descent from the Camelback summit, I had more fun walking this knife edge than following the well-trodden trail 20-feet below. My footing felt confident with the tack on the Explorer 650 sole.

I’m pretty stoked on the Explorer 650’s as a hiking boot. They’re light, comfortable, durable, and waterproof. For casual hikes with my wife and dogs, or for long sketchy approaches and treks, these will definitely be a go-to.

The only situation where these boots missed was while I was running back down Camelback. But that’s not the boots’ fault. They’re not meant to be trail runners!

I hiked up for two reasons – to test these on trail and to shoot the moon. But because I have a hard time not moving quickly in the mountains and I’ve been frequenting Camelback for my morning runs, I decided to run the trail down.

With a pack full of camera gear, sweatpants instead of running shorts, and boots that are obviously clunkier than trail runners, I clipped a rock and took a digger.

Nothing too serious. I got up and kept moving. So moral of the story. Not for running, but… Great for hiking! Great around town! Great for traveling!

The Danner Explorer 650 retails at $190 (currently on sale for $169) for men and women from Backcountry.com

New and on the way from Danner:

Additionally, at Outdoor Retailer we got a sneak peak of what Danner has in the works.

ForFall 2018, Danner®introduces the Weatherized Collection with the new insulated Raptor 650 leading the charge, offering the ultimate in style, performance, comfort and warmth. Inspired by life in mountain towns and winter trekking, and featuring the same platform as the Explorer 650 hiking boot with added cold weather features such as 400G PrimaLoft® insulation, fleece-lined uppers with durable wool and full-grain leather, and Danner®Dry waterproof protection to keep feet warm and dry throughout the harshest of winter conditions. The Vibram®SPE mid sole is two times more resilient than standard EVA, and the Vibram®Escape outsole with Megagrip technology offers superior traction and grip on wet, icy surfaces. Retailing for $240, the Raptor 650 will be available for men and women in two colors each–both with a quilted upper, and the women’s also including a touch of faux fur around the collar. 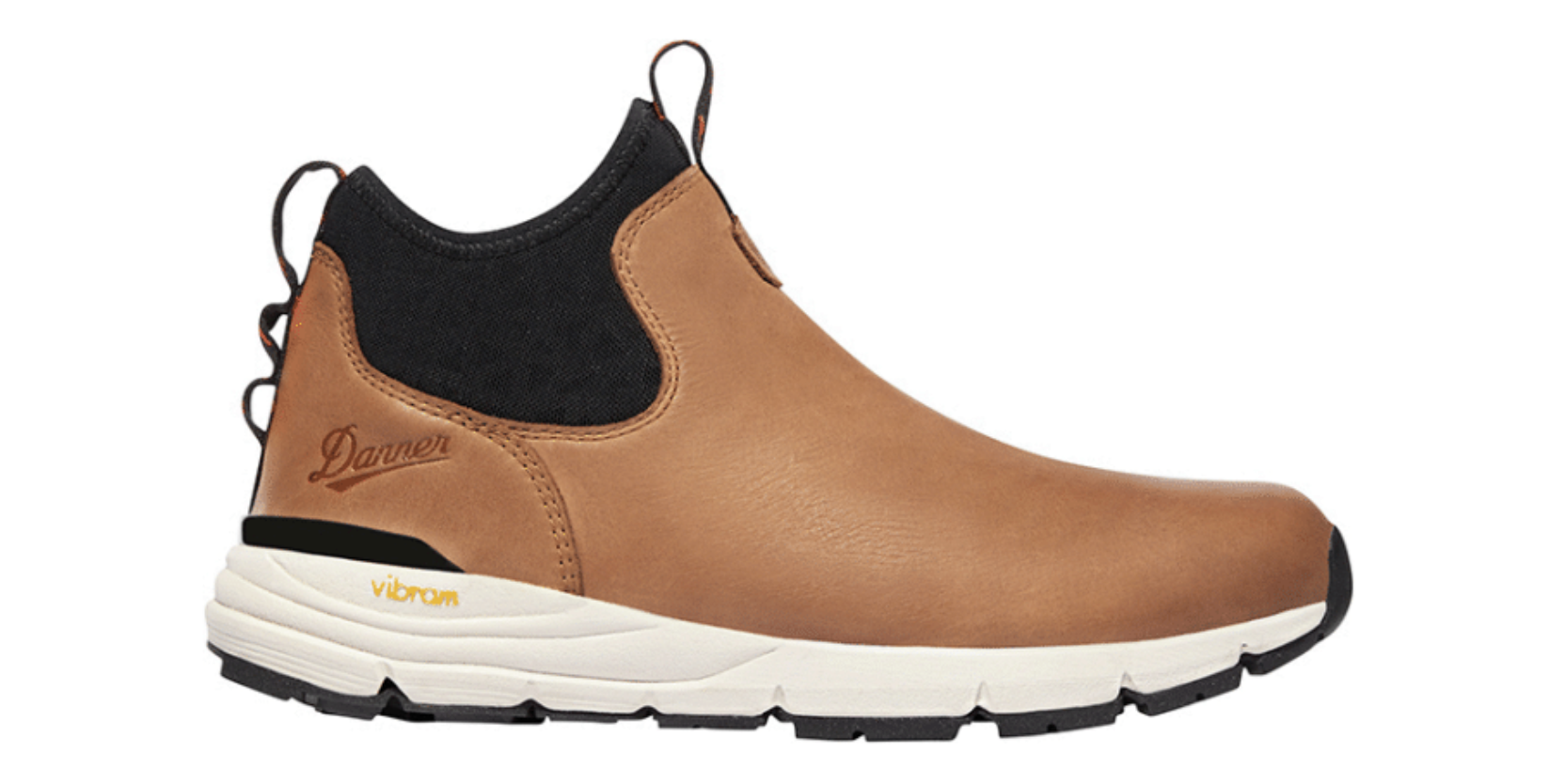 Continuing to build upon the success of the Mountain 600 family, the new Chelsea version will quickly earn a reputation as the most versatile boot in the Danner line. The Mountain 600 Chelsea provides all the ease and comfort of a legendary Danner  slip-on work boot style, yet features the latest Vibram® technology so it’s fully functioning and supportive from town to trail.

Traveling While Pregnant? Here Are Some Tips for Flying With Ease

0
Jonathan Ronzio February 6, 2018
No Comments Yet