Outdoor Retailer Winter Market 2018 opened its doors to the media tonight, and officially kicks off to the public tomorrow, Thursday January 25, for the first time ever in Denver.

Walking into the media preview, I couldn’t help but notice the 40-foot-tall bear peaking into the Denver Convention Center windows. Tonight I felt very much like that bear, wondering what awaited me behind the glass.

Turns out, it’s some pretty outdoor cool gear (that would be too small for the bear, sorry bear). Here are some highlights from tonight’s preview! And this is only the beginning. 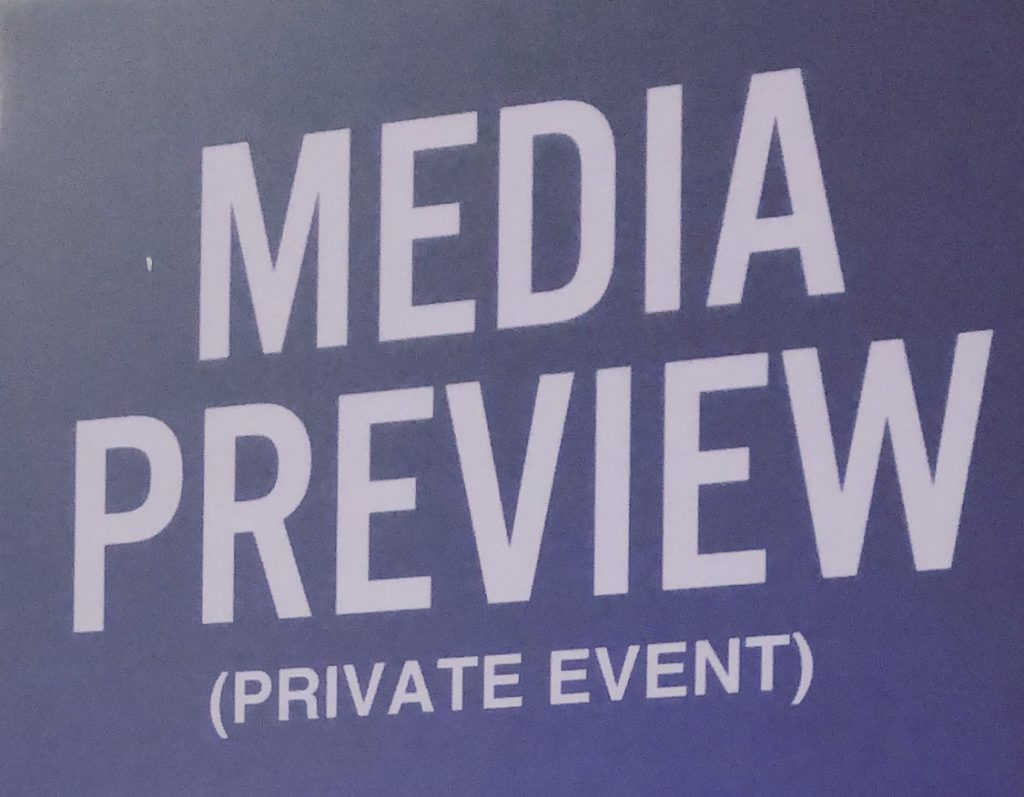 Dickies was showing off their weatherproof, breathable, reflective crosshatch print jacket. For anyone who works or walks at night, this is a pretty cool jacket. 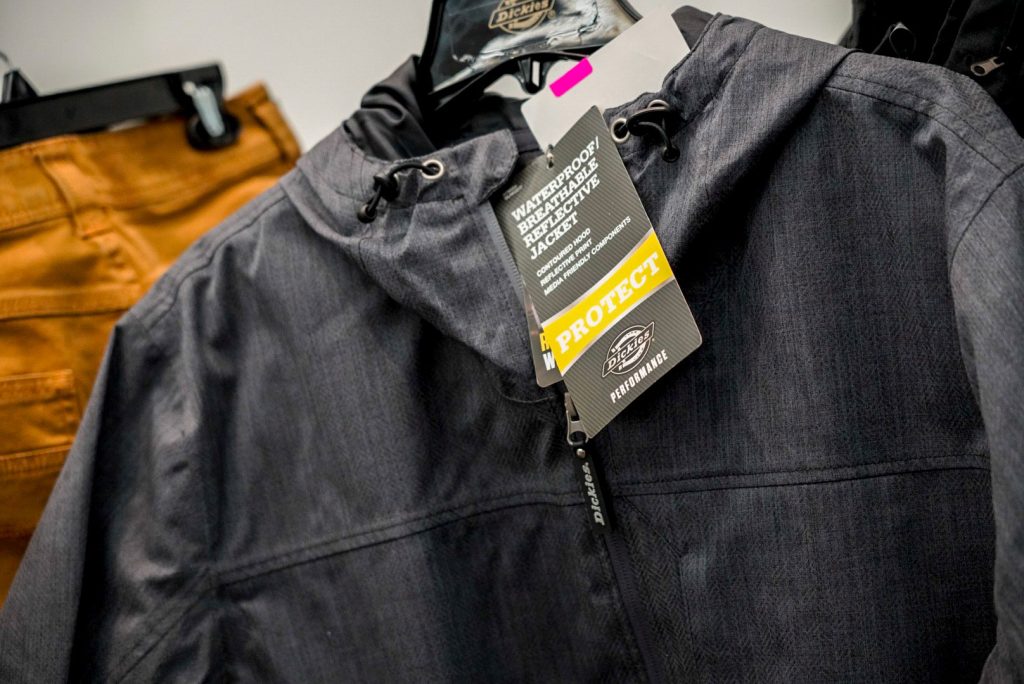 On those rainy late evenings when you’re walking city streets, or if visibility is a major safety concern around your job site, consider this. Only $89.99 too.

Lowa Boots‘ most popular hiking boot for over three decades, the Renegade, was looking mighty nice in green tonight.

But the all-star on the table for me was the new Lowa ice climbing speed competition shoe. Similar to the popular Ice Comp IP GTX, but redesigned with a lean and mean look, and a Boa® System for lacing. 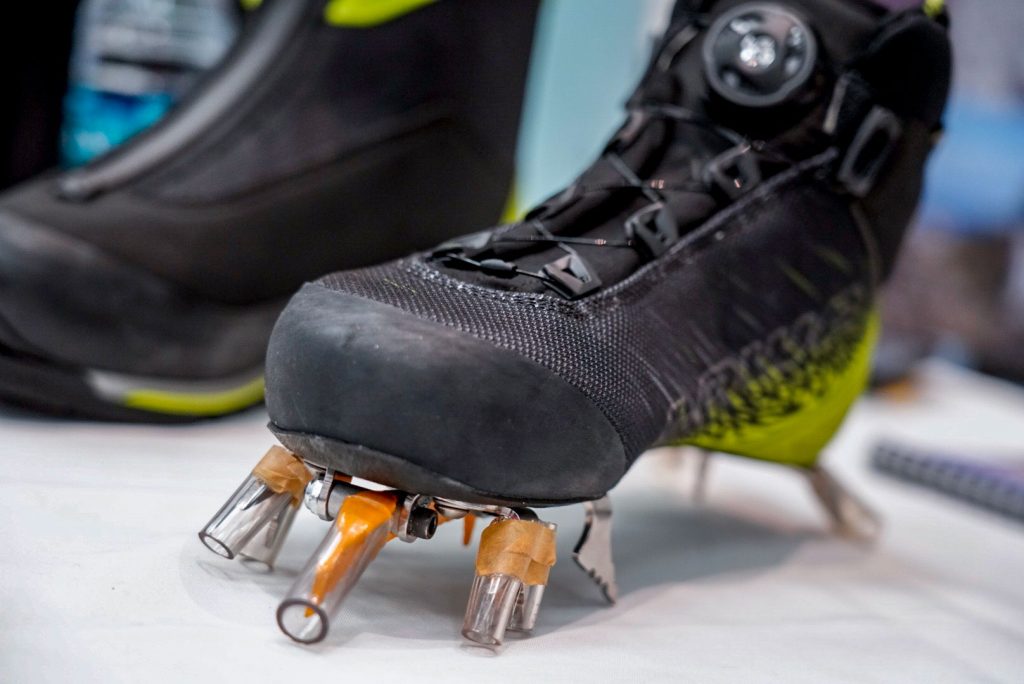 I have to say I was impressed with the rep at the Lowa table. I told him I normally opt for La Sportiva’s when it comes to ice and mountaineering, and asked what he might tell me to get me trying Lowa.

He asked to take a look at my foot, so I took off my shoe. Immediately, he said stick with Sportiva. And then explained that my foot is narrow and low profile, which isn’t the ideal shape for most Lowa Boots.

A Lowa, it turns out, is best suited for a wider or taller foot. I really appreciated the honesty! It’s like the Santa in Miracle on 34th Street who tells parents to shop at other stores… and that actually boosts their own store’s sales!

Thule Is Gearing Up To Go Deep 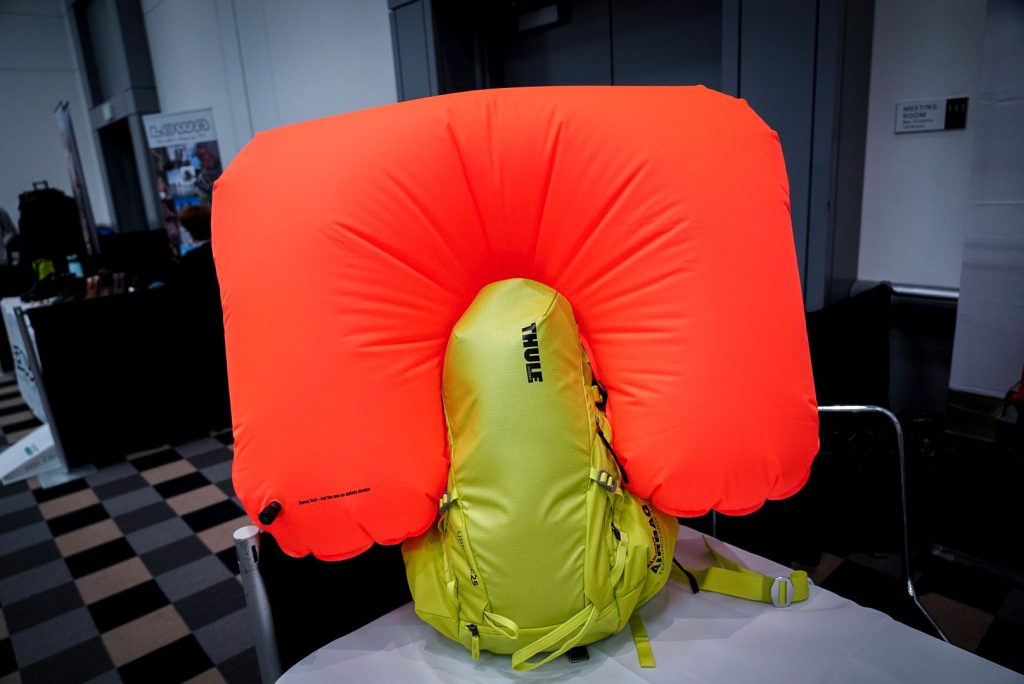 Thule is known for its bike racks, kayak holders, and rooftop cargo boxes. For good reason, they make amazing stuff when it comes to transporting gear! Well, they’re expanding the definition of what gear they transport to include your shovel, beacon, and probe.

This year’s Thule Upslope packs are compatible with Mammut Avalanche Airbags, and look like serious contenders for shelf space when it comes to ski and snowboard mountaineering packs. Other smart features included a dedicated skin carry pocket and a helmet hammock. I can’t wait to try these out!

Inventor, Founder, and Drysure CEO, James Robbins had a problem that we’re all probably pretty familiar with. Wet ski boots. But he never wanted to use the standard boot dryers at resorts for fear of ruining the heat molded footbeds. So he came up with an alternative way to dry his boots by harnessing the power of silica gel.

“Silica gel has an amorphous micro-porous structure with a distribution of pore opening sizes of roughly 3-60 angstroms. These interconnected pores form a vast surface area that will attract and hold water by adsorption and capillary condensation, allowing silica gel to adsorb up to 40% of its weight in water.” – Sorbent Systems

No heat. No electricity. No batteries. Just dry boots. 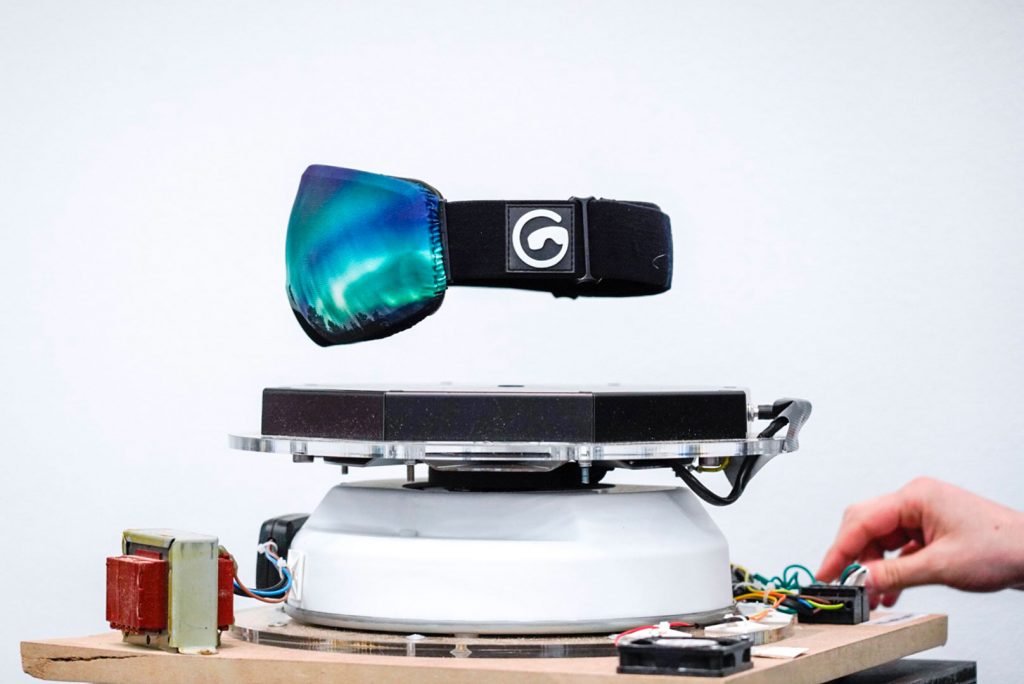 Actually, this was just the gogglesoc display. gogglesoc’s are a wearable, protective, microfiber slip cover for your goggles. They’re made from recycled plastic bottles and look darn good too! The magnet table was a clever way to catch the eye. Kudos gogglesoc

A Look Back At The Gear & Trends From Outdoor Retailer 2018

How College Outside’s Sarah Lockwood Is Helping Get 20,000+ Students Outdoors