Talk to the rangers at Baxter State Park and after a few days of friendly banter, you might learn a few things about the mysterious god who lives atop of Mount Katahdin.

Pamola lives atop of Pamola peak, one of Katahdin’s many official peaks running along the entire massif. Rangers who work in the park grow weary and superstitious of the bad fortune ruthlessly cast upon them. Marital issues, cancer, depression — Pamola has been rumored as the culprit.

Baxter State Park is an intense place. For all of the human curiosity and sense of wonder that captivates its visitors, it’s an undeniably raw, rugged, and unforgiving environment. Happiness can drown into the deep dark pine forest, succumbing to thoughts much like the forest itself — deep and dark.

Pamola lives atop the crest of the most precarious mountain feature in New England: the Knife Edge. He’s known to be the primary source for foul weather when it arrives. And when it comes, it stays. Naturally, Pamola tends to exhibit rather moody tendencies, according to legend.

Perhaps it’s fitting that such a moody god decided to shut our crew down for 5 straight days. As we waited patiently, the mountain stayed socked in with no visibility. Instead of winds subsiding, the highest wind gusts of the day before simply turned to sustained winds at the same speeds.

@jamisonknowlton makes the walk of shame stroll across Chimney Pond for the fourth day in a row, having just completed another unsuccessful recon of the Pamola Ice Cliffs, the base of which you can pick out in the top of this image. We fought like hell for three full days searching for potential climbs, ultimately throwing the towel in and succumbing to Pamola’s wrath, on this trip. I did however have another five days with some of my best buds and grow even more accustomed to this mountain. It sure is something to behold. #Baxterstatepark #mtkatahdin #livemaine #mainelife #thewaylifeshouldbe #visitme #mainetheway #natgeoadventure #natgeo #scenesofnewengland #maine #igersmaine #passionpassport #goatworthy

The snowpack refused to bond well and instead, spooked us all. When we searched for ice climbs, we were met with roaring winds riding against the South Basin wall, and carrying ice chunks headed right towards us.

So when the South Basin of Mount Katahdin finally did clear, it was for only a brief moment in time. New England’s most coveted climbs and most beautiful mountain, was not to be had.

I feel grateful for just this view, the best I had in five whole days. Somewhere up there Pamola rests. I hope we don’t disturb him next time. 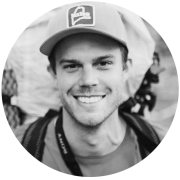 Falling in Love with Chipangali Wildlife Orphanage in Zimbabwe, Africa