I’ve been crazy about animals since I was a little kid and played with Beanie Babies. My imagination ran as wild as the deepest jungles of Brazil, and Freckles the Leopard was my closest compadre.

I still think there’s a chance I’ll befriend a jungle cat, but as I grew up reality set in and I learned that these beautiful exotic stuffed creatures were disappearing from the real world at an alarming rate.

Last month I saw the post about the world’s last male Northern White Rhino being watched under 24-hour armed guard. He even had his horn removed to deter poaches. How does it come to this? Are we that naive or uncaring? 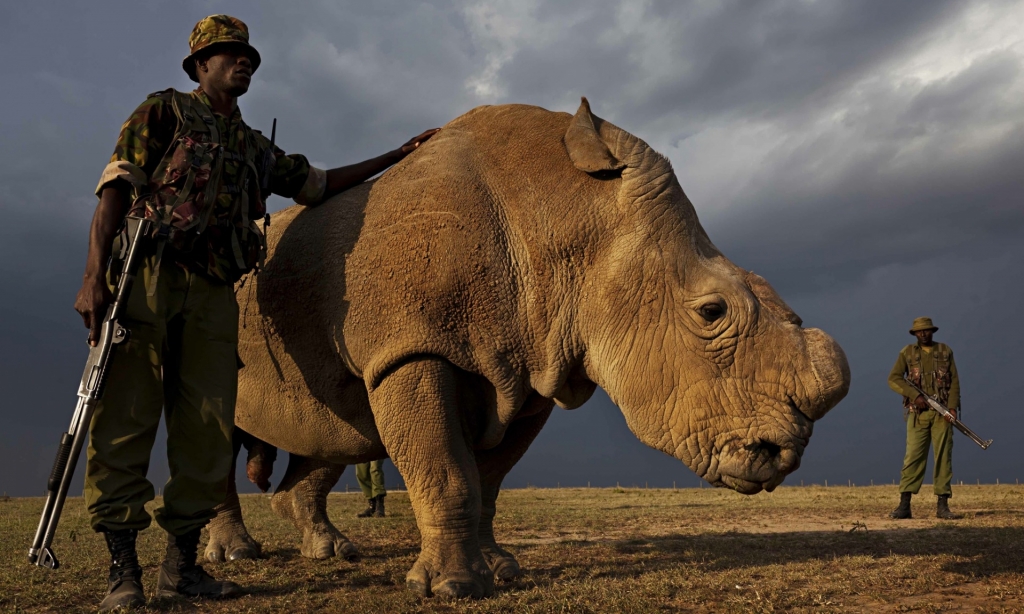 I think for the most part, the world is good and the world does care. Our fault is not our lack of compassion, but our lack of accountability to faraway places or concepts, and the disbelief that one person’s small actions will make any difference.

But the truth is small actions make all the difference.

We certainly need individuals to champion a cause, but then the champions need the support of small actions in great numbers to catalyze a revolution of real change and save a species.

When I was in South America filming Between The Peaks, my team and I stopped at Save The Wild Chinchillas to spend a week working on conservation projects under the beating desert sun. This small station located in the valley just outside of Illapel, Chile is home to one of the last wild chinchilla populations on the planet, and Amy Deane. 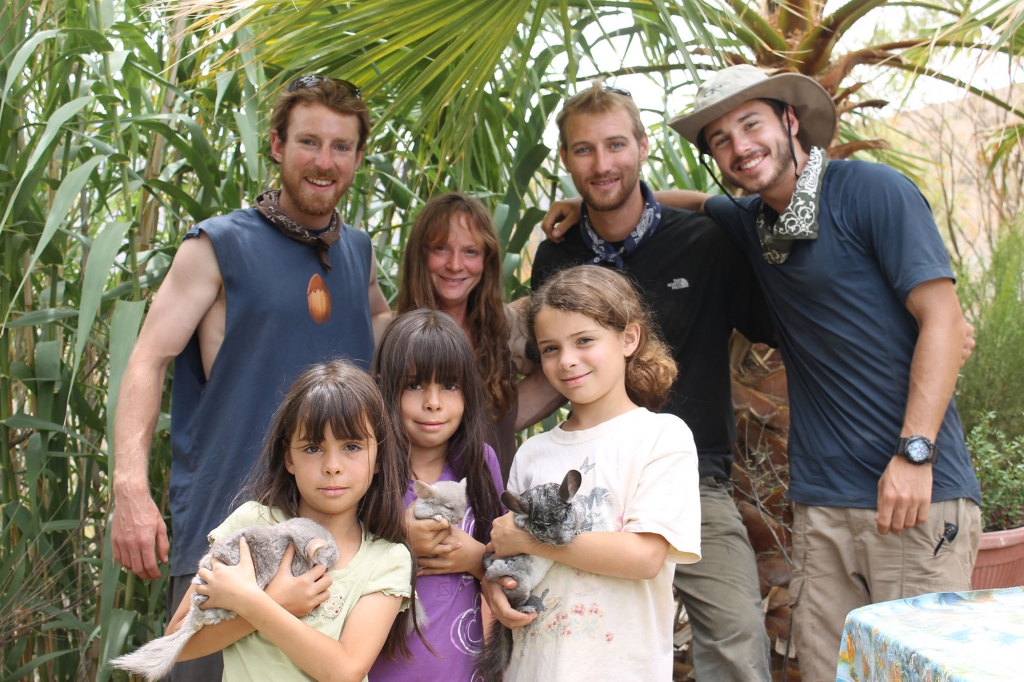 For my friends and I, the week of volunteering was a small show of support and a learning experience more than anything, but Amy has been at it for nearly 20 years without collecting a paycheck and for her, this is life.

She and her three girls spend the majority of each year in Chile working to reintroduce and rehabilitate a species on the brink of extinction.

Yes, there are domestic chinchillas in pet shops around the world, but pelt hunting over the last 150 years brought their numbers in the wild down from the millions, to under 5,000. One chinchilla coat can take up to 20 animals to make!

Since 1997, Amy and Save The Wild Chinchillas have not only worked to protect and restore chinchilla colonies, but their work has aided in the preservation of at least 9 flora species and 17 faunal species of conservation concern.

Specifically, the organization focuses on ecosystem restoration by way of collecting seeds, growing plants, and transporting seedlings into the mountains to create more food and habitat coverage for the wild chinchillas. 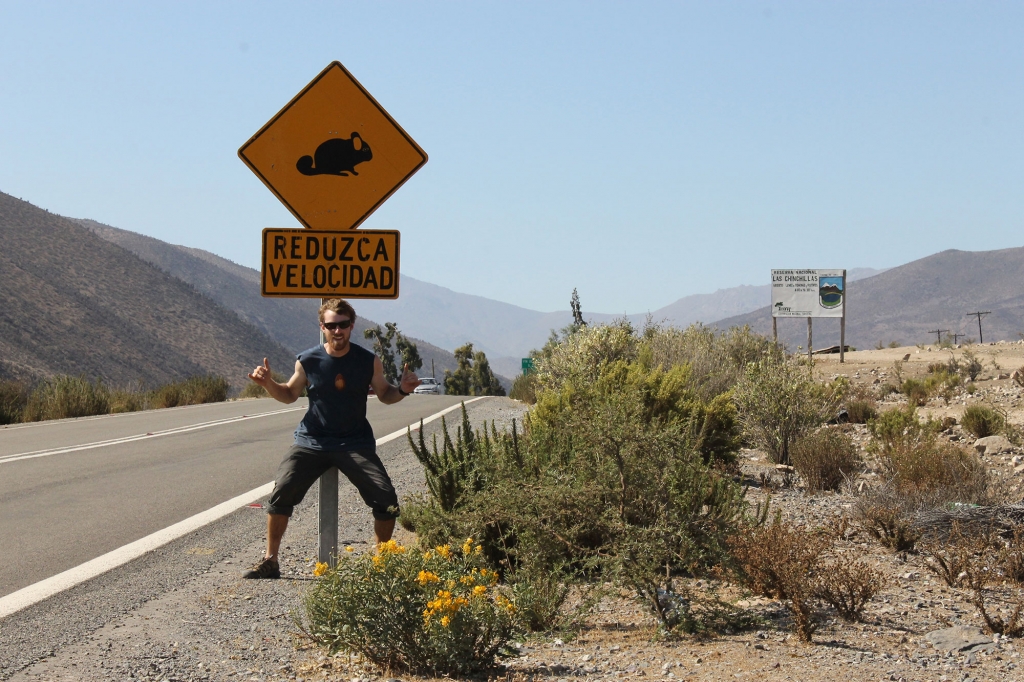 Volunteers are always welcome to swing by the station and lend a helping hand. Amy’s recommendation? Bring chocolate. But if you’re not going to make the trip down to Chile, she also provided a few ideas on how everyone can help in some small way everyday:

Adding vegetation to your yard, or even flowers to a window pot, does a few things, like reduce CO2 and create food for native animals.

You’ve got another tab open with some items sitting in a shopping cart right? Do you really need it?  When purchasing anything new, think about how making and shipping that item helps or hurts the environment.

Of course keeping trash out of the environment and reducing resource consumption are the obvious reasons to recycle, and on a weekly basis we sort out the papers and plastics, but don’t often think about the metals. For many animals, mining of metals hurts their habitat, so try buying used if possible when shopping for gold, silver, and other metals. And I bet you didn’t know lots of libraries and zoos collect old cell phones!

Species survival is possible once people realize that the species is having conservation issues. It’s all about awareness, and again, once one person knows, and one person cares, we can begin to make a world of difference.

Maybe it’s time to learn the art of brewing your own coffee and kick the daily Starbucks habit. You could save a few dollars every day and donate to an NGO to help a great cause. I know it’s hard to quit the caramel macchiatos, but those donations add up quickly and do help a lot.

Every little bit counts when it’s an entire species at stake.

A related story you may have seen floating around social media is that of artist Louis Masai Michel and his remarkably beautiful, but strikingly temporary, conservationist street art.

The message behind the art displayed is the short film “This is Now” is incredibly visceral and a wonderful example of creating awareness for the cause.

Whether it be for Amy’s chinchillas, Louis’ hedgehogs, or the iconic polar bear, just take action. Even if they’re small actions.

Lead Climbing Will Always Scare The Shit Out Of Me, And That's Why I Love It