Being an avid mountaineer and backcountry aficionado, I was very excited to test out the BONX GRIP communication device.

BONX, as an idea and eventual company, was born while CEO and Founder Takahiro Miyasaka was taking snowboard laps with his friends. After having to de-glove, unzip, and re-warm the hands every time he wanted to communicate with one of his buddies, he had a revelation…

“Why isn’t there a device that takes the need for touch of communication in the outdoors?”

Not being able to find a current solution on the market, he set out to build it. The BONX GRIP was born. 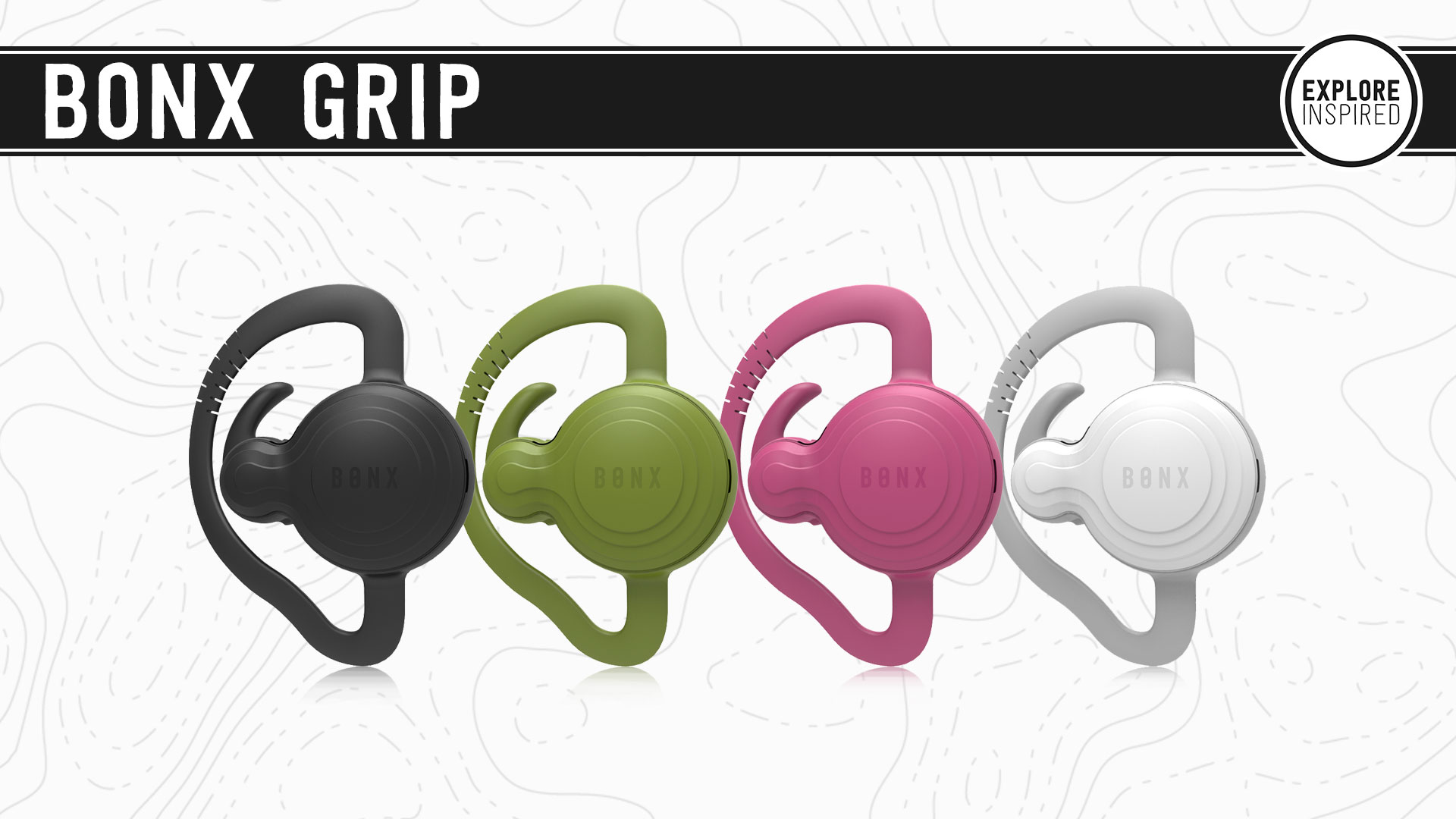 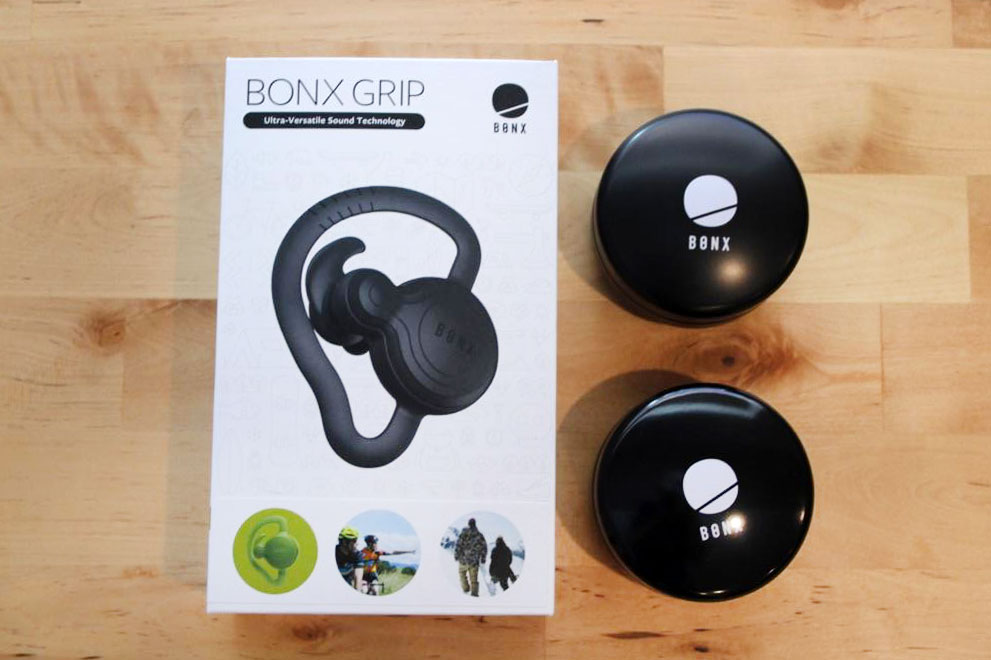 As mentioned, I was intrigued by the idea. I love being outdoors and, as much as I love those Instagram posts, I have been making an effort to cut back on using my smartphone while enjoying adventures in nature—whether that be a backcountry splitboarding tour, shredding at a resort, or simply going for a day hike.

The BONX GRIP device enables you to communicate with your friends while outdoors without having to take out the phone.

First order of business was to complete the setup. 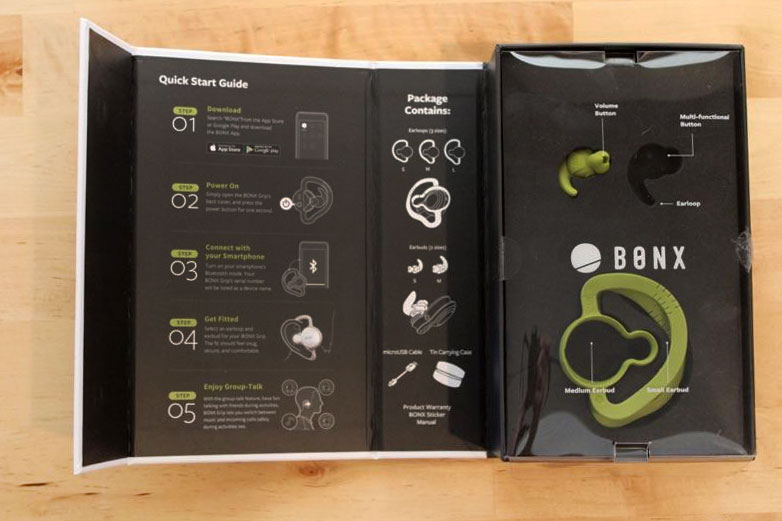 Most folks these days are pretty tech-savvy, but I was still impressed by how easy setup was for the BONX GRIP.

The simple step-by-step instructions were a combination of pictorial and audio messages that demonstrate how to connect the device to your phone via Bluetooth, how to download the BONX app, and how to create a group communication dashboard/chatroom (anywhere from 2-10 users).

The product hardware has 3 sizes for both the inner and outer earpiece. It also has a mute option, push-to-talk, and can even pick up on your voice by simply speaking, with no action needed.

My first endeavor was to take the BONX GRIP to Arapahoe Basin in Colorado for a day at the resort. Unfortunately, on this first test, I discovered a slight downside to the BONX GRIP—the need for cell service. For what it is though, that makes sense.

The communication device depends on being within range of a 3G/4G network or connected to WiFi. Some mountain bases have WiFi, but I haven’t found too many WiFi hotspots that span an entire resort’s ski boundaries never mind when you’re miles out into the backcountry. So in most cases, the BONX GRIP will rely on your cellular network for connectivity. A-Basin didn’t have the most reliable cell service, so I wasn’t able to get a good read on the product’s performance.

Fast forward 2 weeks to a trip to Crested Butte, CO on another resort excursion. After setting up the chat room with one of my fellow riders, it was game on! This time, we had great service and the BONX GRIP worked as it should. 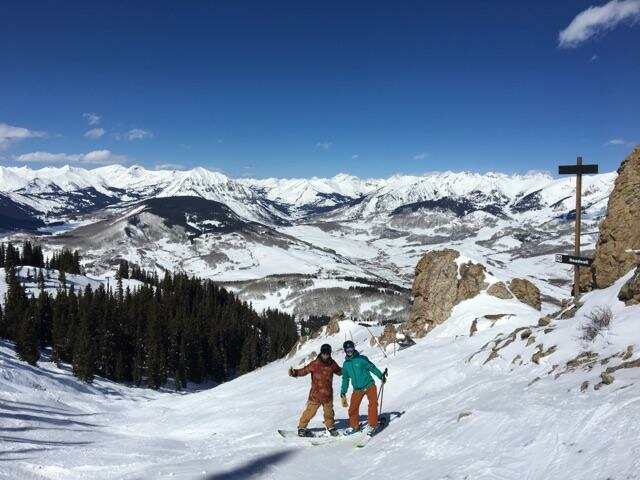 It was really cool to communicate stoke mid-run!

Additionally, it was super easy to coordinate lines and film/photo requests or chat conditions and trail turnoffs on the go. Communicating sightline beta to the unlucky first guy to hit a sketchy line or a questionable booter was a breeze too.

As far as using it dual-purpose as a Bluetooth music player, I wouldn’t recommend it. And that’s just because you only have BONX GRIP in one ear, so the sound quality isn’t as full or immersive as actual earbuds designed to pump tunes into your workout or adventure.

All in all, the BONX GRIP is a really cool product. If you’re a weekend warrior, hitting the slopes with friends, or getting in an after work trail run/bike ride/day hike, it’s a really fun addition to the outdoor tech arsenal. It’s definitely easy to use and does allow you to communicate with friends without taking your phone out of your pocket or pack. 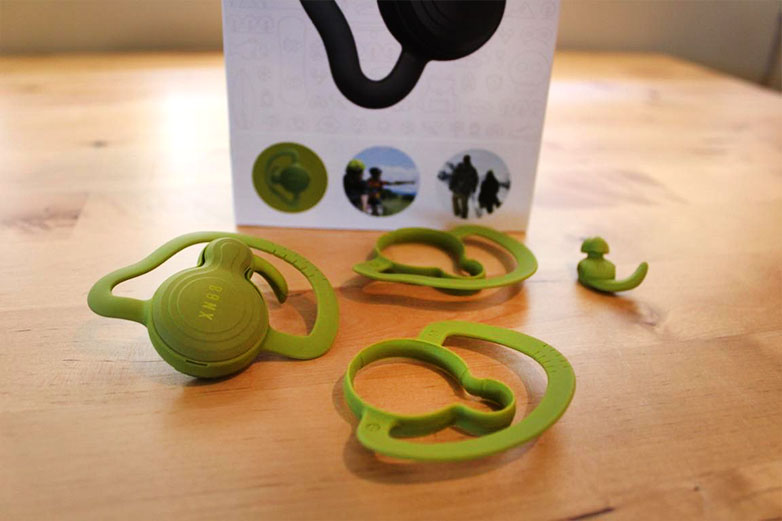 If you’re looking for a device you can depend on for safe, reliable communication in more remote situations, stick to the staples. For team talk in the backcountry, I’d suggest the Backcountry Access BC Link Radio System. For global communication on remote expeditions, I’d go with the Garmin Inreach Explorer+ GPS Satellite Messenger.

I would love to see BONX tweak this technology and come out with a backcountry model, non-dependent on cell service. Yes, pretty much a walkie-talkie radio system, but with the BONX form factor and a couple of their existing flagship features like the voice-activated always-on communication system.

For instance, if you get caught in a slide, it would be great to be able to describe everything to your friends/rescuers without having to push and hold a button like you would have to with the BCA Link.

I love my Link radio, but let’s be honest, that’s not going to be where my hand or mind goes if I’m in the middle of an avalanche. Plus, the BONX GRIP would be less bulky than other backcountry walkies on the market (at least the ones that I’ve used).

BONX certainly has a lot of potential for refining this product and growing into the outdoor communication space. I was impressed, and will likely use the GRIP again, but there are some wrinkles in need of ironing out to make this a go-to piece of gear for me.

Still, the BONX GRIP is a great way to stay connected, providing an always-on communication system without being “that guy” who’s always whipping out his smartphone. 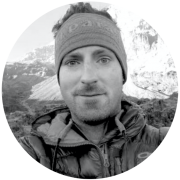 Also known as Captain Red Beard, Ethan is a snowboard mountaineer and mountain biker currently calling Denver, CO home base. He is a founding member of Between The Peaks.