From 20,000 foot mountains to vertical ice, to glacier touring and carving 50-degree snow faces, the La Sportiva Baruntses have been the most versatile and trustworthy boot in every hairy situation I’ve put them through.

It’s tough to find a single boot that can do it all. And you can argue that one really can’t. A Jack-of-all is a master of none right? Well, I think the Baruntses actually come close to being a Jack-master.

In 2012, on my first trip to the top of Mount Rainier, I had rented plastic mountaineering boots from REI. This was before I made the investment in a serious pair of boots myself, and living the ski-bum life in Aspen at the time, I didn’t really have the cash to purchase anyway. But that would be the last time I rented boots, and plastic boots at that, ever.

My feet and shins hurt more after those three days than they ever had in their respective lives with me. I think my buddy Ethan still had dents in his ankles and shins months later. Those boots sucked and it was time to throw financial caution to the wind for the sake of comfortability and my mountaineering future.

The goal in buying these boots was to get a pair that would do me well on both Aconcagua and Denali. Once you start considering high-altitude in your boot purchase decision, the playing field narrows. There aren’t all that many options. After trying on a few different pairs, I opted for the La Sportiva Baruntse.

Their first big test was climbing South America’s Aconcagua, on which they passed with flying colors. My foot system on the upper mountain was a thin synthetic liner sock, a thick wool sock over that, and then the Baruntses. These double boots don’t have a built-in gaiter so over them I rocked the Outdoor Research Crocodile Expedition Gaiters. That setup served me more than well. My toes never got a bit cold and my feet never sore.

The outer shell is multi-layered and provides great insulation and protection from wind, snow, and rock. The inner boot is heat moldable to form a custom fit and does an awesome job at retaining ambient body heat to best insulate the foot from a cold ground. As the product marketing would suggest, these boots truly perform between 6,000-7,000 meters. (In that range, on a colder windy day, you may also consider overboots. I use the 40 Below Purple Haze).

The Baruntse would not be my first choice for an ice climbing boot, but because I have them, I tried them. And they do the job pretty well actually. Now granted, I’m still a beginner on the vertical ice, so maybe if you’re climbing above WI3, you’re going to want a lower-profile, more rigid boot, like the Trango. But for anything I’ve climbed so far up on alpine routes in New Hampshire’s White Mountains, the Baruntse has served me great!

The tricky thing here is that when you size a mountaineering boot to conquer altitude, you want a little extra room. You’re accommodating for both extra layers of socks and how your feet will swell at altitude. When you’re back closer to sea level and stepping up to the ice, you don’t want that extra room. And you for sure don’t want any heel lift while climbing. But for a even a multi-pitch objective like the WI2 Willey’s Slide, the Baruntse will do the trick, as they have for me.

Finding a mountaineering boot that also serves for snowboarding has proven to be a difficult endeavor. When you’re heading into the backcountry on a splitboard, with both the objectives of climbing and riding, you don’t want to lug two pairs of big heavy boots around. You want one single boot that can handle the rock and ice and is crampon compatible but will also be comfortable for touring and responsive enough for riding the steeps and the deeps.

There are some boots that are specifically designed for this like Xavier de la Rue’s snowboard boot styled Deeluxe Spark XV .  Or big-mountain king Jeremy Jones’ favorite, the Fitwell Backcountry boot. But again, I already had the Baruntses so I thought, why not give them a shot?

With a very similar profile and design as the Fitwell, snowboarding in the La Sportiva Baruntse turned out to be a breeze. Of course, the transition from the comfortability of regular snowboard boots to the raised and rigid Vibram platform of the mountaineering boot is something to get used to. But overall, they work perfectly! My only recommendation is to maybe get an accessory strap (Sea to Summit makes great ones) for each boot to add a bit more above the ankle support when riding. 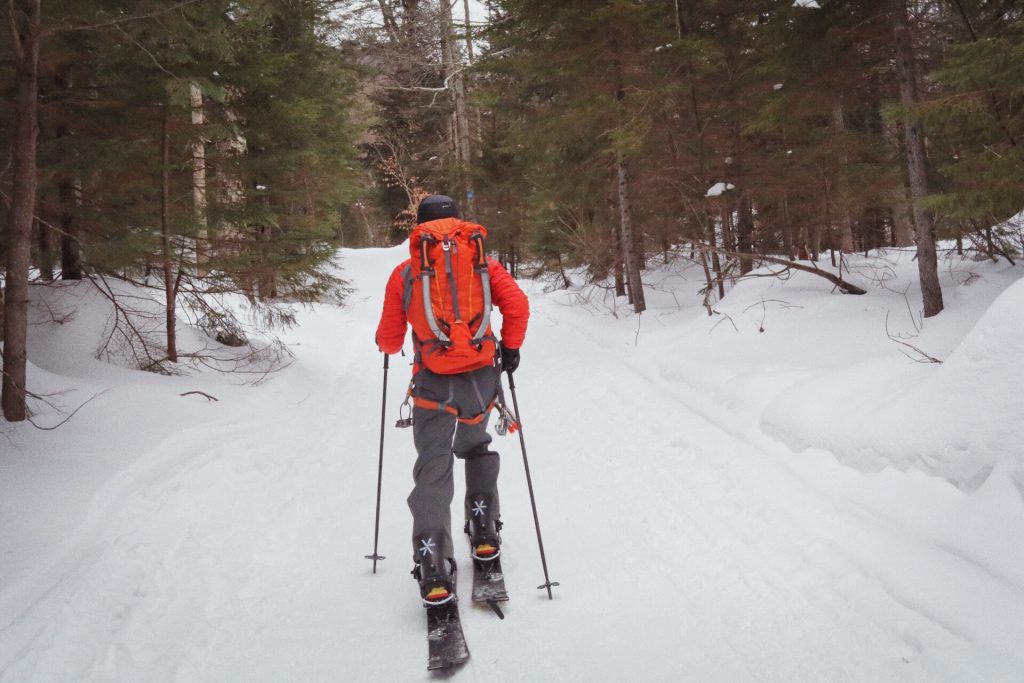 In these boots alone, I’ve splitboarded the East Coast’s infamous, Tuckerman Ravine, as well as taken on the slopes of Washington’s Mount Rainier. And in June, I expect the Baruntses will fly to Alaska with me to take on splitboarding Denali for the BTP: EXPEDITION DENALI project. I’m sure they will hold their own on their ultimate test. These boots haven’t let me down on any objective, anwhere, yet!

This Cross-Country Timelapse May Make You Quit Your Job, Grab Your Camera, and Hit The Road