The Rickshaw Run was the most ridiculous idea any of us ever had. It was also one of the most awesome! Obviously. This is the story of my 3000km tuk tuk journey across India.

As my eyes caught the reflection of the Fireworks on the sea, we all turned to each other and every single one of us was grinning ear to ear. What were we doing here? Why did we think this was a good idea?

We were on an Island in Southern Kerala, it was New Year, and in two days we would attempt to drive a motorized rickshaw (or Tuk Tuk) 3000km up the west of India.

The event sees some fifty teams come together from all over the world and journey in elaborately decorated rickshaws in aid of Cool Earth (who works to stop rainforest destruction) and another charity chosen by each team. 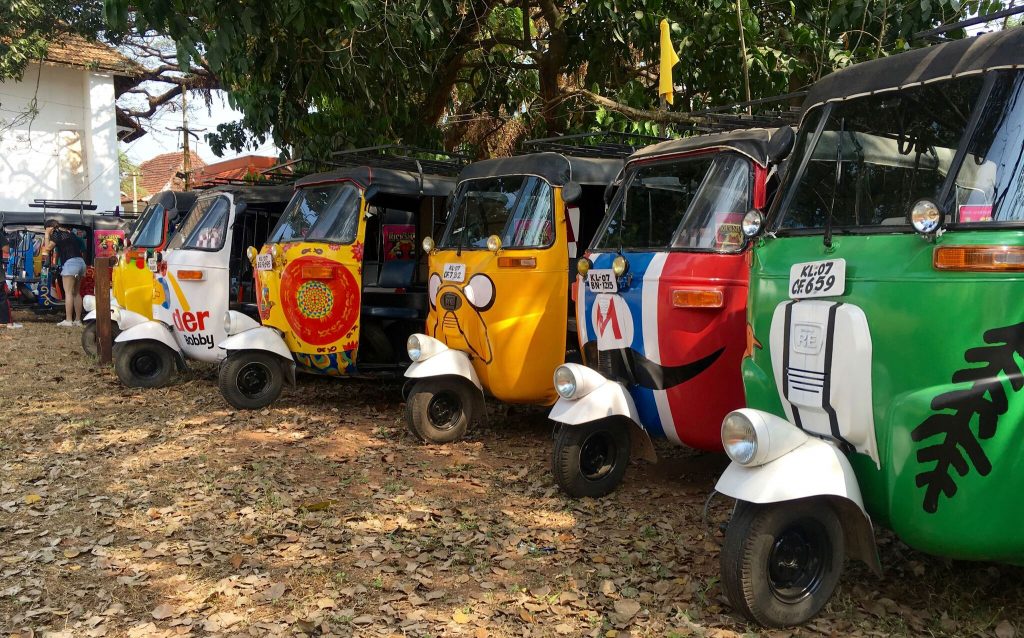 In the airport, my two teammates and I had met another two chaps embarking on the run and after a few days getting to know each other we decided to complete the first section of the journey together. Safety in numbers and all that.

As we waited for the first ferry we were joined by three siblings from New Zealand whom we had drunkenly met two nights prior. It was clear we would be waiting here a while, so Ryan, a 25-year-old travel fanatic and one of the three Kiwis, reached into their rickshaw and returned with a Ukulele.

Squatting on the side of the road, an odd rendition of Wonderwall commenced to the delight of the locals and surrounding teams. And that was how our convoy formed.

For two weeks we would be traveling together in our respective tuk tuks, and already the vehicles were showing their personalities…yes, that is a thing.

Lotus, piloted by two guys from Cheltenham, was given its name due to its elaborate and flowery paint job. It was somewhat unreliable. It was slow, broke a few times, and really did not like hills. Lotus was like an old relative who complains a lot, is afraid of change, and takes forever to get anywhere but you still love them all the same. 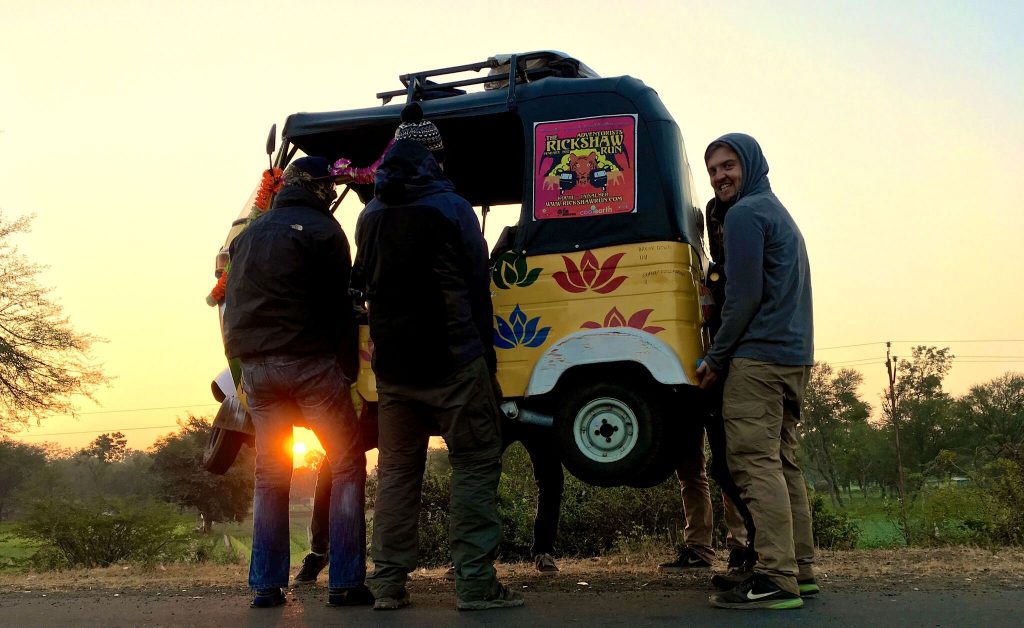 The Kiwi siblings had Dave. Affectionately named after their Dad, Dave was reliable and steady and never gave up. Despite their protests, it was not the quickest Rickshaw but never complained and ran reliably for the entire journey up to the Northwest. 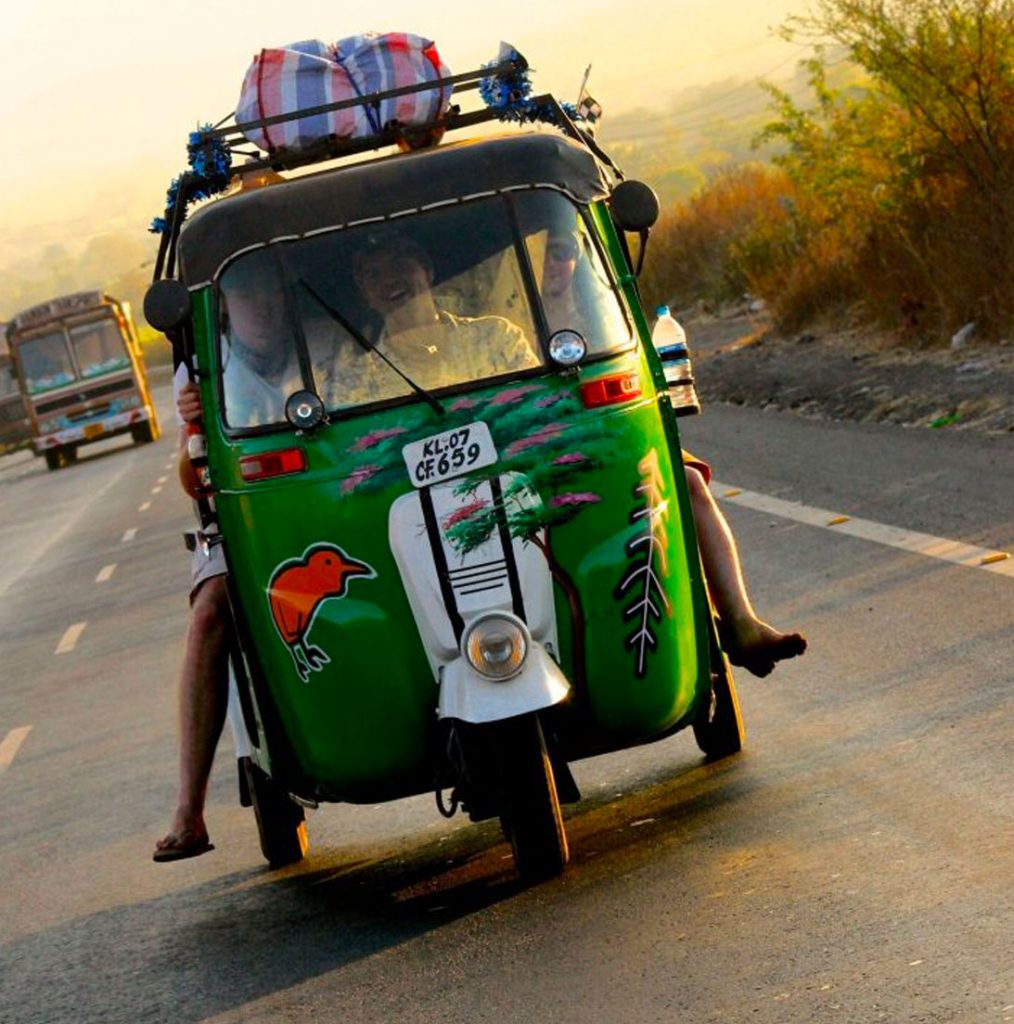 Rex was the angry adolescent. Painted with a Jurassic Park theme, it was loud and fast but would have tantrums and did not like the early morning starts. It needed some TLC to get going and overheated if you pushed it too hard. It was a fun drive, but you always felt like something could go wrong in an instant. 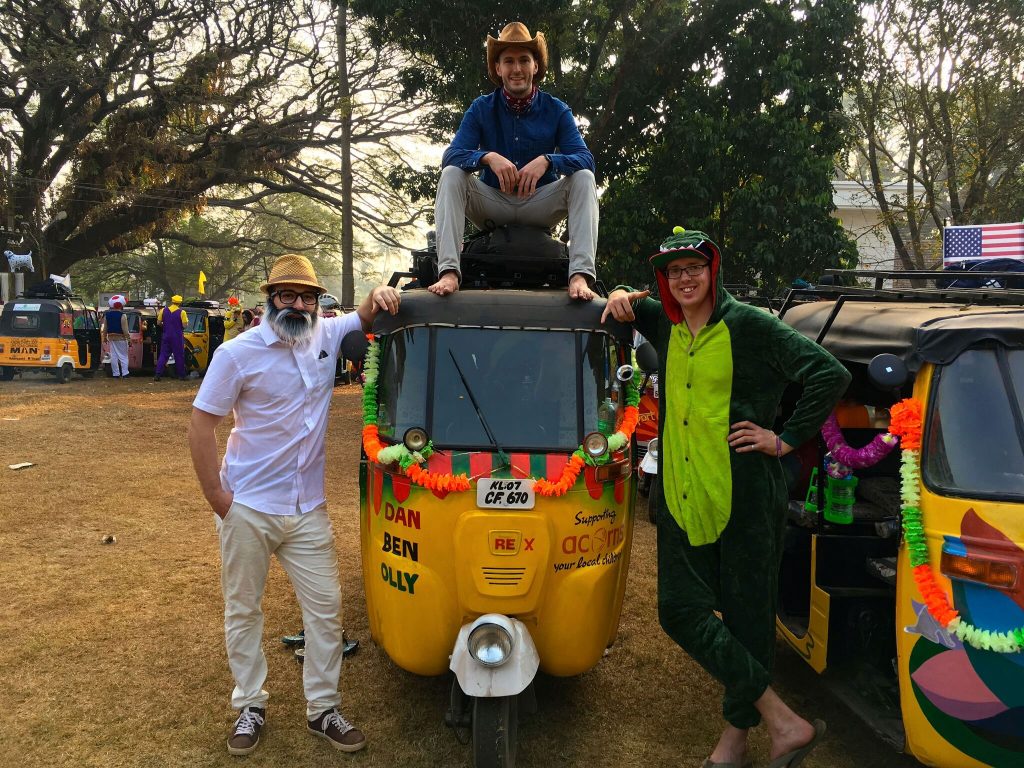 Setting out from Cochin in Kerala, our goal was to arrive in Jaisalmer some two weeks later. We would pass through 7 different regions of India and the culture and people changed dramatically on our journey.

We found our way out of the back streets and dirt tracks on that first day and set our sights north with the first few days spent driving through the subtropical areas of the southwest to Goa. 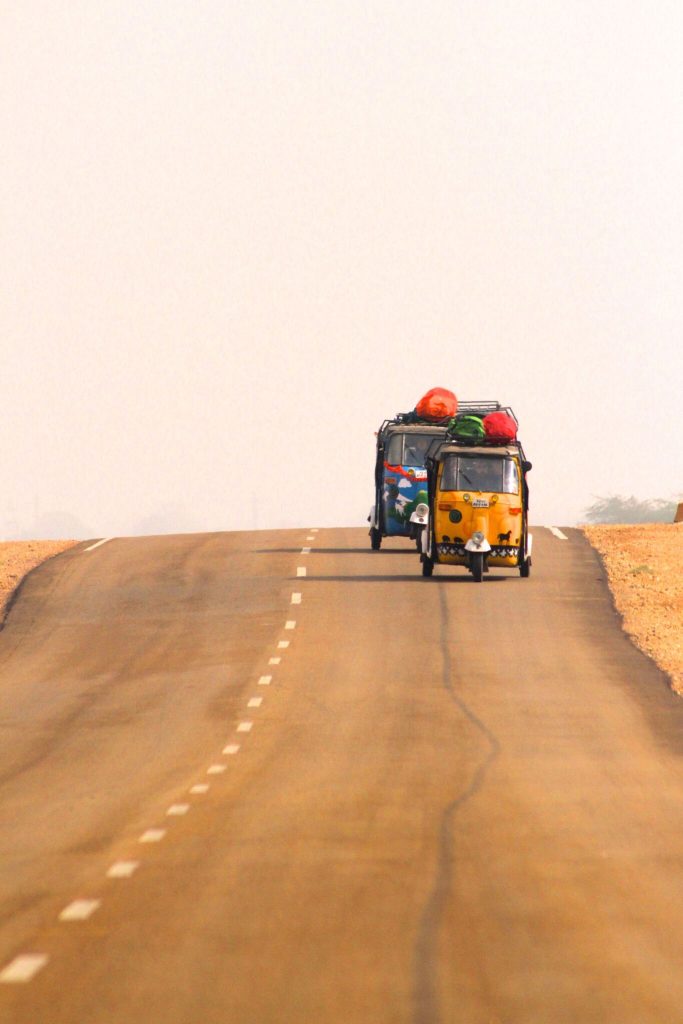 This was as far as we had planned to go as a group, but as we all huddled that night in a hut on the shores of Palolem Beach, it was clear that we were in this together. It is a cliché I know, but there was not even a second thought about separating.

We had only been on the road for a short few days, but we had already broken down, played cricket at random gas stations and spent the night in a seemingly abandoned water park. The Rickshaw Run is not your usual adventure, and the bonds you build are what results.

As we pushed further north we drove away from the coast and into the mountains. The roads were poorly maintained and filled with potholes, and suddenly the meager top speed of the rickshaws was irrelevant as we were reduced to only 20 or 30km/h.

We drove from sunrise to sunset, with first and last light bathing everything in an intense warmth. I have never seen mornings like those in India. The low-lying mist and hazy skies form a blanket of orange fire over the landscape. 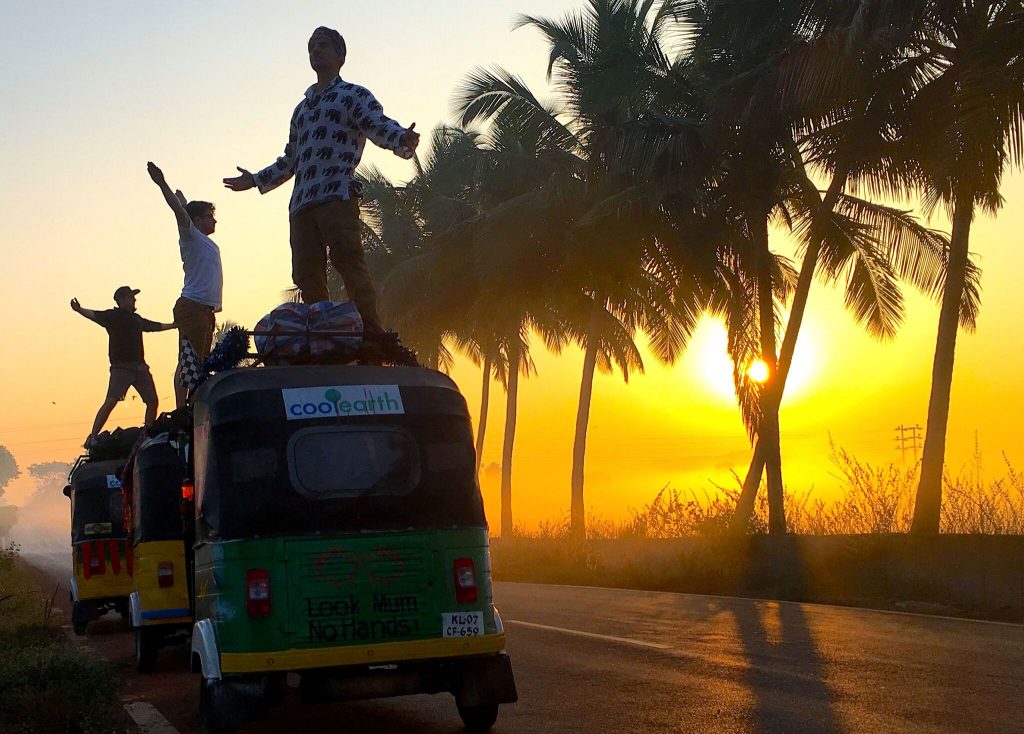 It was cold, particularly further north, and around every corner would be another view worth stopping for – a useful trait to stop Rex from overheating. It was the days lost in Maharashtra, Madhya Pradesh and Gujarat that we were most remote.

We did not encounter any of the other Rickshaw Run teams for a number of days, but as we moved into Rajasthan we knew we would find other runners in Udaipur. 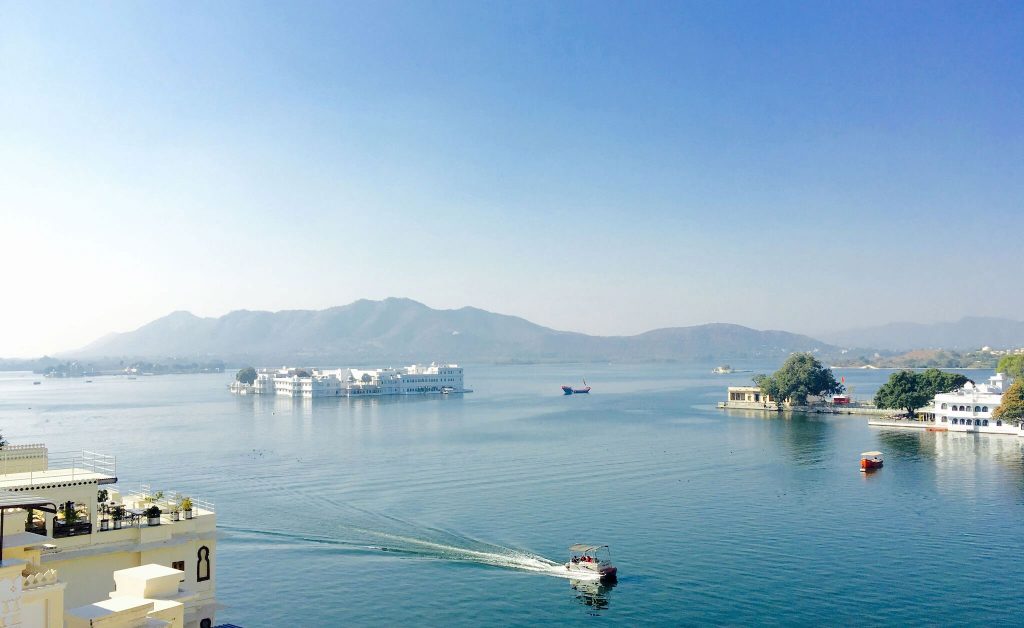 The notably lavish and beautiful city sits on the shore of an artificial lake. We opted for a rest day in the city as we were now heading into the desert of the northwest and nearing the end of our journey. 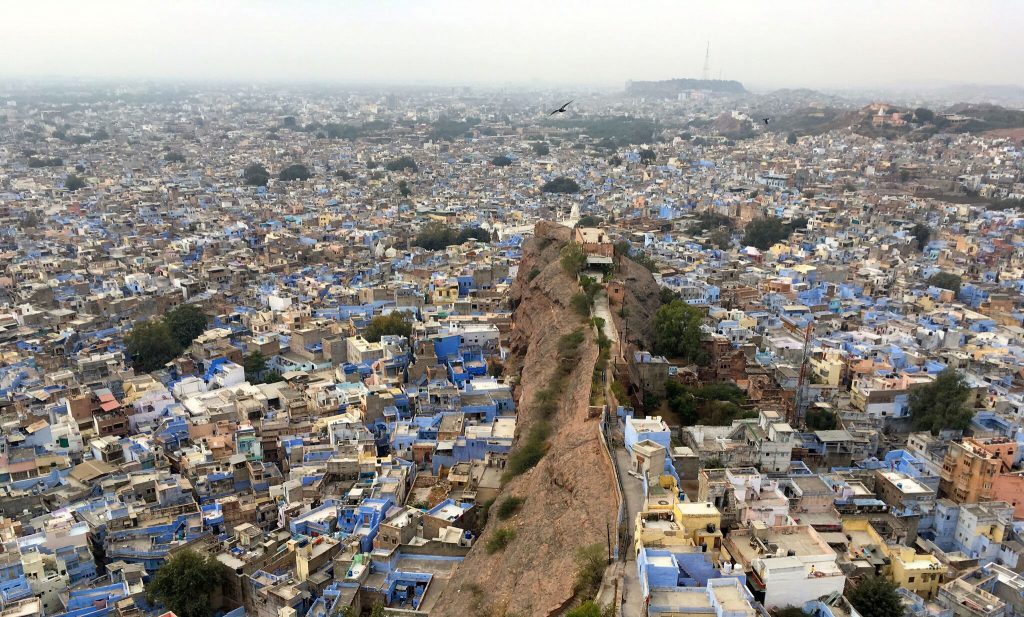 Passing through Jodhpur and its famed blue roofed houses, our final day was spent traveling in a convoy of up to 10 rickshaws.

It was a celebration, a procession even, and as we pulled in to the fort town of Jaisalmer the atmosphere was nothing short of euphoric. Familiar faces were there from two weeks prior, and our plucky little Rickshaws had made it.

With the backdrop of the palace and fort, a celebratory cricket match was played out to the sound of opening bottles and stories shared.

We were still a team of three rickshaws, parked together in the dirt, miraculously having not even known each other three weeks before. This is the magic of the Rickshaw Run. 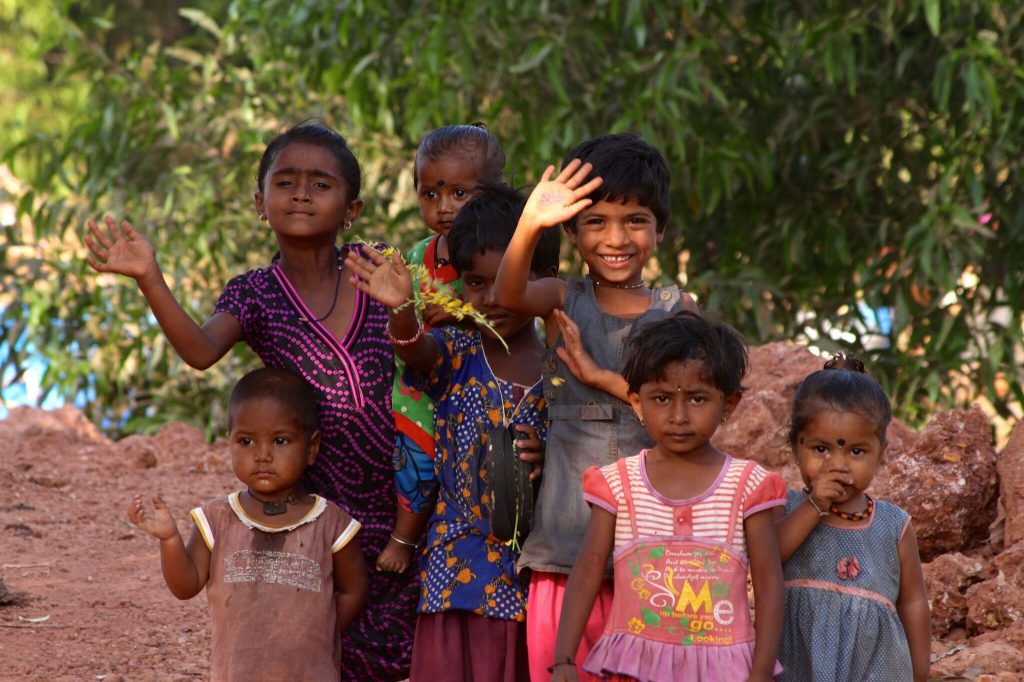 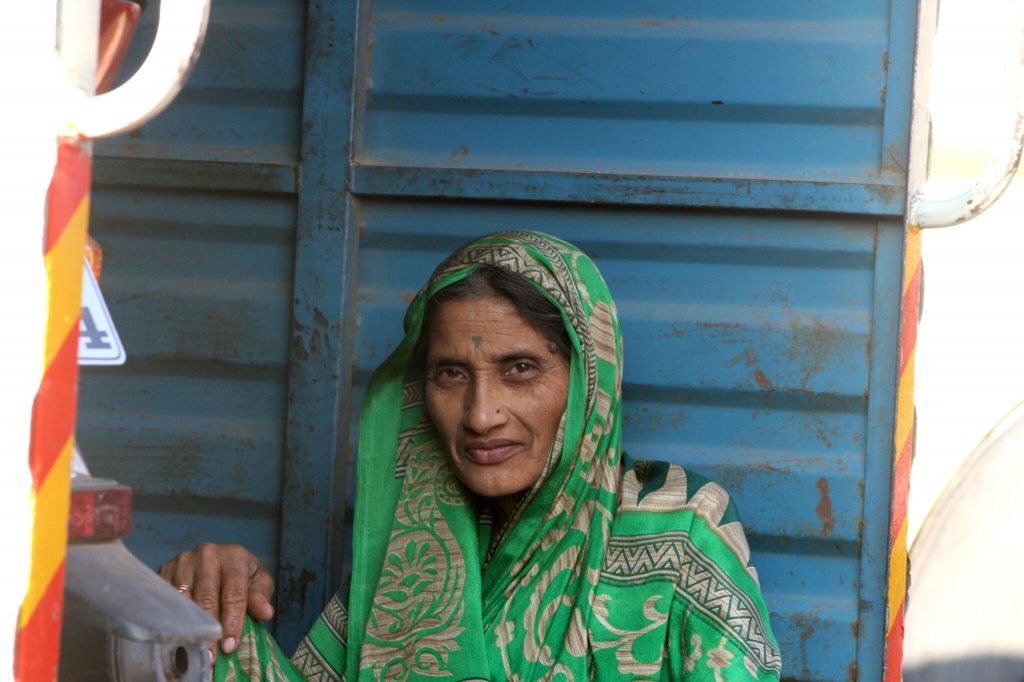 India and its unrefined beauty play its part, but the people you meet on this adventure are equally as special. There is something so extraordinary about the Rickshaw Run that it almost feels fictional, something that if you overheard you would be inclined to say, “Yeah, sure…”.

It is the kind of trip one might describe as once in a lifetime, but who wants to put a limit on that? 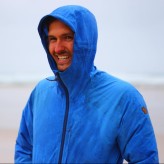 Traveller, photographer, and blogger with a passion for surfing and outdoor adventure pursuits worldwide