Tomorrow, Tuesday, August 11th, is not only my dad’s birthday, but it’s the day my newest single, “Smoke Signals,” hits stores everywhere. Poetic justice because my last single, “This Mess,” happened to release on my mom’s birthday. Before the song officially drops, I wanted to share the inspiration behind “Smoke Signals” as well as offer an exclusive preview and free download to my readers here on Explore Inspired.

First, I want to address my music hiatus. Many of you may not have realized I play music! The truth is, music was my first love. I saved up $200 as a 12 year old to buy a trampoline and when my dad said I couldn’t get one, I bought a guitar instead. I could have gone off to college with a rock-solid double-bounced backflip, or with an acoustic guitar. The acoustic guitar worked out just fine, and in the words of Daniel Tosh, for that, we thank you Ralph!

I played in different bands all throughout high school, and played solo shows all through college. After college, the music moved with me to Los Angeles, Aspen, and then somehow, my baby Taylor traveler guitar managed to stay in tact all through South and Central America while filming Between The Peaks. 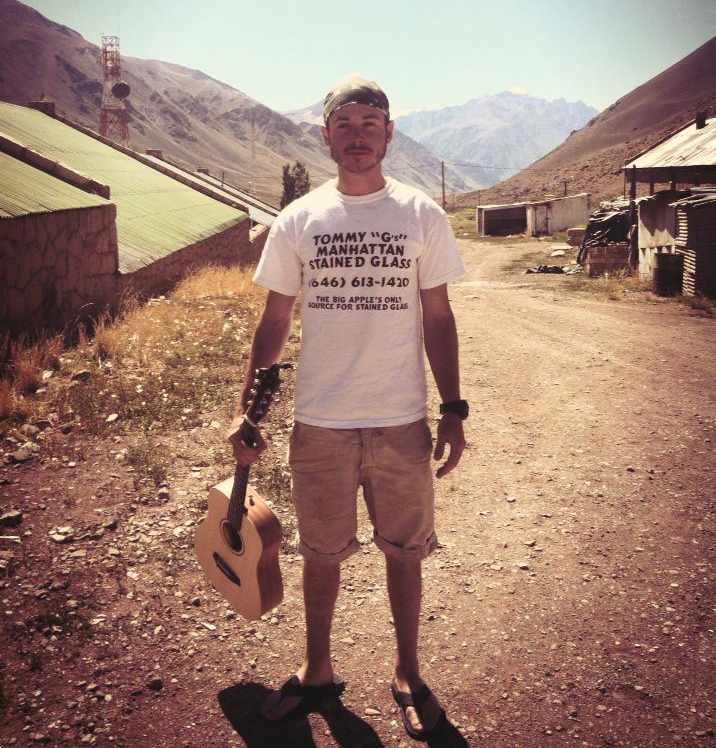 In recent years though, despite continuing to play and write, the restless ambitions of adventure travel became more of a priority, I had a movie to make, and the work that paid the bills continued to pile on. Playing shows and recording music sadly became an afterthought. Something I struggled to find time for. But now I’m determined to bring the music back – only this time, weave it into my adventures. Because I believe you can do it all.

The Inspiration Behind “Smoke Signals”

“Smoke Signals,” I was inspired to write just after I finished reading the book, Adrift: 76 Days Lost At Sea. Adrift is an incredible survival story written about the true events author Steven Callahan experienced after he shipwrecked at sea less than two weeks into a cross-Atlantic voyage. As the title suggests, he spent 76 days surviving on a raft and floating from Spain to Antigua! 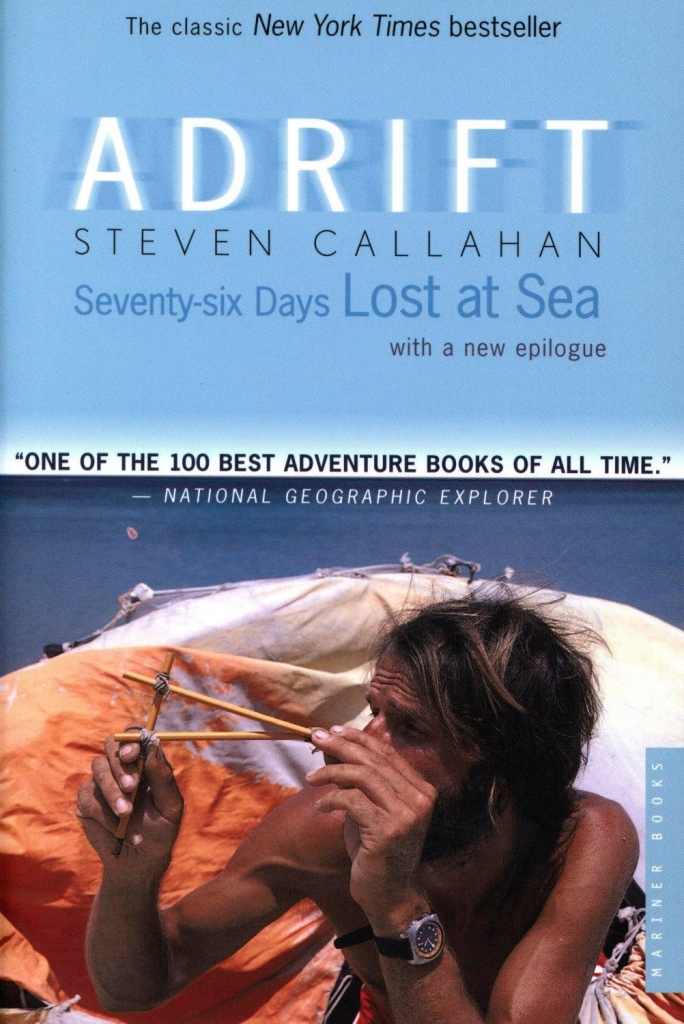 Adrift is one of the most compelling and remarkable stories I have ever read, and while reading, I couldn’t help but picture myself in Steven’s position. From learning to spear and cure dorado, to working a solar still, and the constant battle to repair a leaking raft, how would I have done? Probably not as well as Steven! His resourcefulness in the face of odds stacked the wrong way, his pure determination, and his ingenuity, all just awe inspiring.

Something about holding onto a fraying strand of hope, while floating alone at sea—a speck on the Earth’s surface—it struck me. Unimaginable loneliness mixed with a will to survive.

And I asked myself, for what? So many times in the book, it seems that hope is lost, and I wondered, “other than simply survival, what would will me to keep going?” As a songwriter so often with my head stuck in the romantic clouds, the story lent itself easily to love.

Personally, the metaphor of floating alone on a raft, trying to reach out for someone, it felt so real for me at the time. I had been traveling often and far for years, never allowing myself to find a real connection. I wrote about love, sung about love, and pictured love. I wanted it, but I couldn’t let my walls down. I had my own agenda and commitment just didn’t fit into it.

I had been living in Aspen, CO for 7 months, and in the spring off-season, I went back to Boston to visit my family and friends. In that time home, I went on a few dates with a girl I had known for a very long time but had never spent any real time with. I don’t really know what happened, but we just clicked, and 3 weeks later I found myself back in Aspen, impulsively beginning a long-distance relationship. There it was, the feeling of reaching out to something, someone, far away.

The night before I was set to head into the studio to record a different song, I wrote this one. It came out almost as if I knew it all along. The lyrics probably spilled onto the paper in a matter of 10 minutes, the music in another 10. And the next day, my friends Thomas Whitehead and Bobby Washburn (Circles & Squares Productions, The Keeping, The American Blues, Cavalara, The Wild Waiting), and I were laying down scratch tracks and building out the song.

After only two-days in the studio, “Smoke Signals” was born. Thomas sent the track down to Atlanta to be mixed and mastered by Matt Malpass (Train, Relient K, Rookie of the Year, Copeland, Holiday Parade), who did an incredible job giving the song the extra punch it needed, and left me with a track I’m so proud of and excited to share.

“Smoke Signals” releases to online stores worldwide tomorrow, but readers on Explore Inspired have the chance to listen here first and download a FREE copy. I hope you love the song as much as I do. Share this link if you do! (http://j.ronz.io/1DzWVhq)

Oh and that long-distance relationship? We’re engaged now. “Smoke Signals” was the beginning to this crazy love! 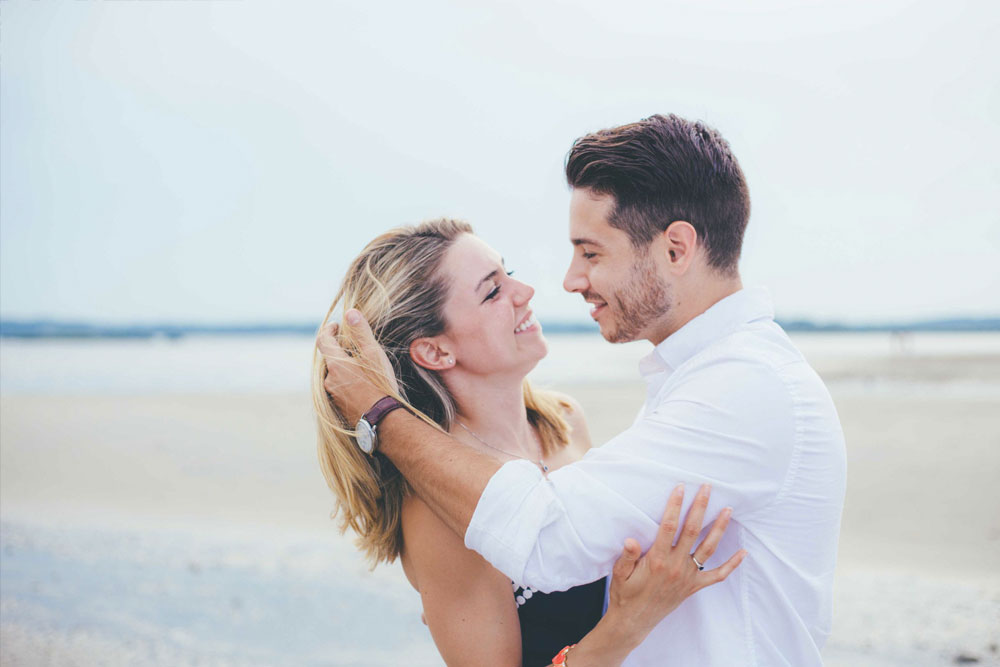 10+ Inspiring Travel Quotes to Get You Off Your Ass