Let’s back up for a second. Jordan, a climber, skier, mountain guide, and photographer, in 2009 became the youngest person to ski all of the Colorado 14,000-foot peaks. Since, he’s stationed himself in Aspen, CO and has led countless expeditions into the Elk Mountains and beyond. He’s even tackled a few of the Seven Summits, including the triple crown of Alaska. White’s “Ski The Big Three” project led him to climb and ski the three tallest mountains up there (Hunter, Foraker, and Denali) in one single trip spanning 31 days.

Personally, Jordan’s the guy who taught me how to set a 3-to-1 (Z) pulley system, ascend a rope using the Texas prusik technique, and climb trad. I’m never surprised to hear about how far he is pushing it these days and I continue to admire his pursuits.

Back to present. Capitol Peak, at 14,131ft is of course one of Colorado’s 14-ers – one of the more impressive and daunting ones at that, with its infamous Knife Edge traverse – and on June 4th White, Hinchliffe, and Soderquist made history with a remarkable and nerve shattering first descent straight down the mountain’s exposed North face. They named the new line “Peg Leg.” Read on to find out why. 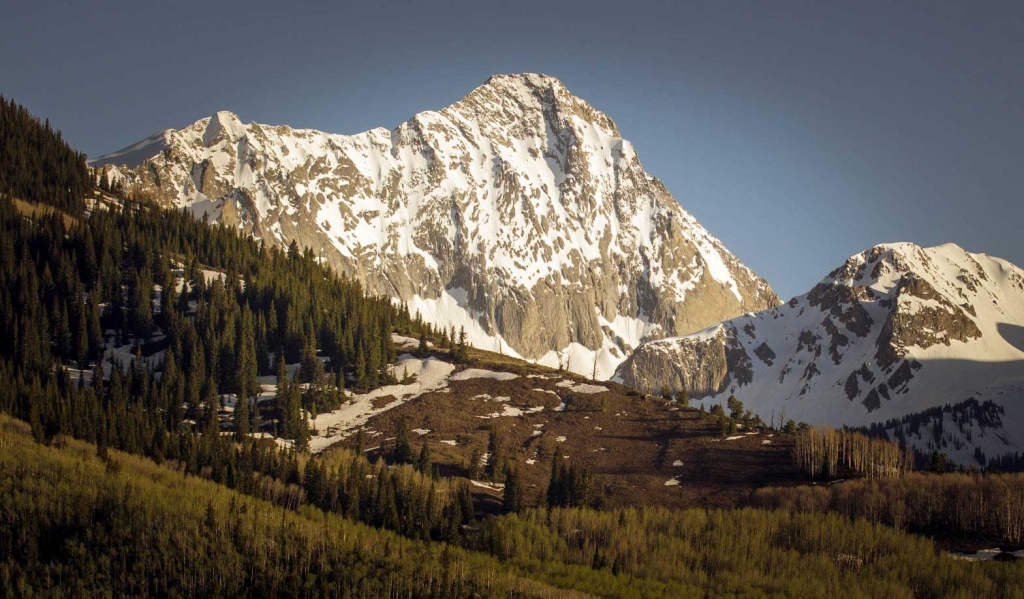 I reached out to congratulate Jordan shortly after the guys completed their epic ski line and was able to get some insight into the feat. Here’s what Jordan had to say about what went into successfully ticking off this gnarly new route:

How long had you been planning the line and what went into preparing for it?

Colter had talked about going up and trying to repeat our own line, “The Plank,” for a while and while driving up and down valley I got a view of the North Face from a ways away. It looked like there might be another line available that hadn’t been skied before. I think it was mostly due to the wet spring we have had with heavier wetter snow sticking to the rock up there. We got Ecoflight to give us a fly by of the peak to look at potential lines and we were pretty much set. Thursday looked like a good weather day, so we went for it. 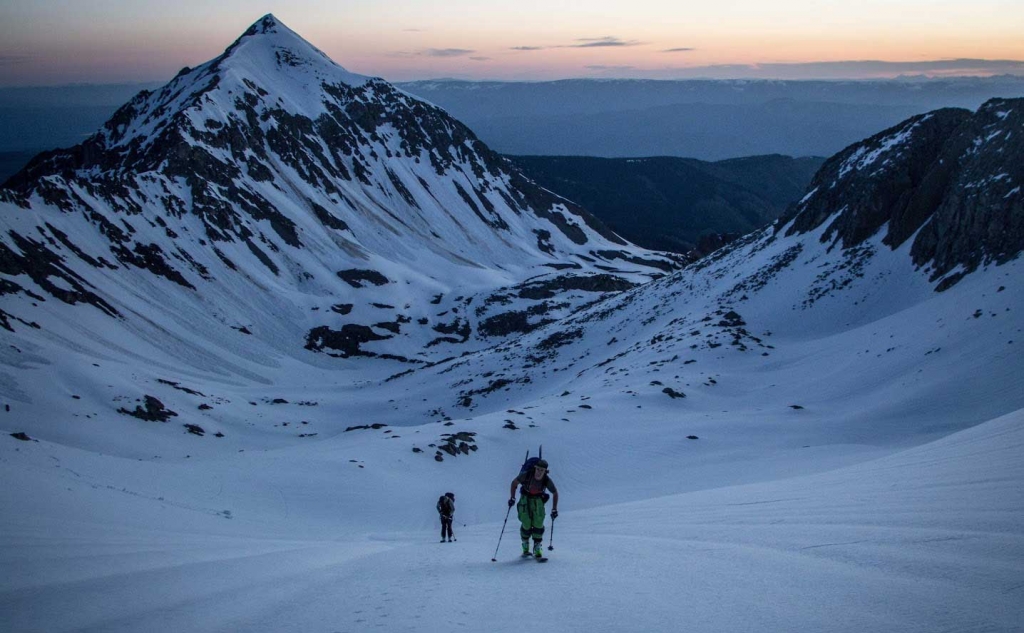 What was the most challenging moment of the day and what pushed you outside of your comfort zone?

I think for Colter and myself the climb was pretty straightforward, especially since we had both done it before in similar conditions. Riley might have a different perspective on it, as he will tell you that this is the biggest/scariest thing he has ever done. And the whole skiing and rope work together bit was pretty new to him.

Standing and waiting for everyone to be done with the first rappel, then getting ready for the second was far and away the trickiest part of the day. There wasn’t a ton of snow right above that short second rappel, and we were pretty much edged into rocks, so it was a bit puckering and a challenge to stay still. Rocks and ski edges aren’t friends and aren’t comfortable. 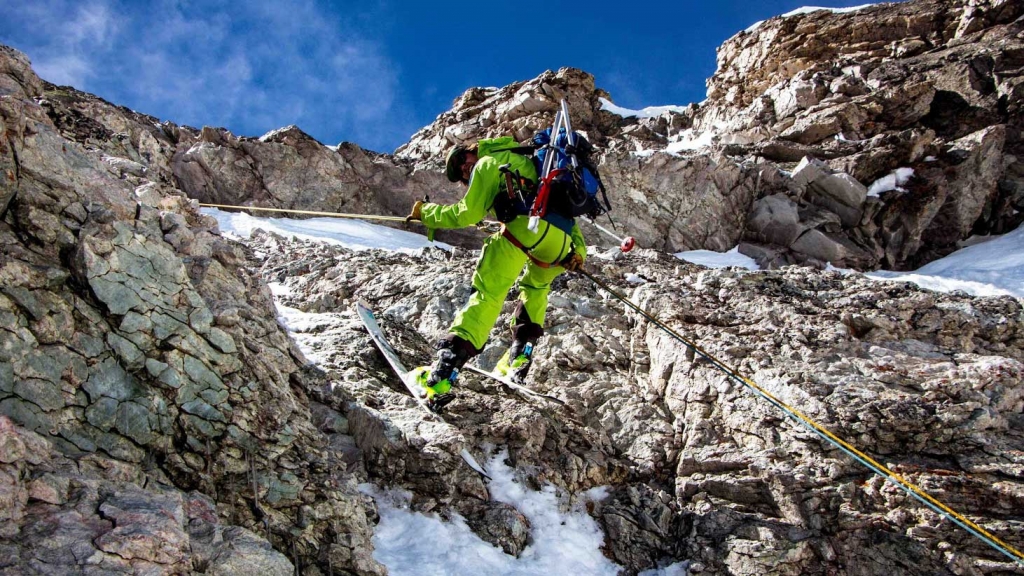 To push past that, you have to stay calm and try to ignore the burning on your downhill ski leg. You just have to know that it will be over soon! It takes some self control, and the realization that your buddies above you aren’t comfortable either.

This is your second pioneering first descent on CapitOl Peak – how did this one compare to “The Plank” and what’s the story behind “Peg Leg?”

Capitol is always referred to as a climbers mountain, not a skiers mountain, and I think that has almost been a sort of challenge for us. The Plank was a pretty fun line with steep but not super technical skiing and only one rappel to deal with. I don’t ever remember thinking that it was as scary as this one overall. 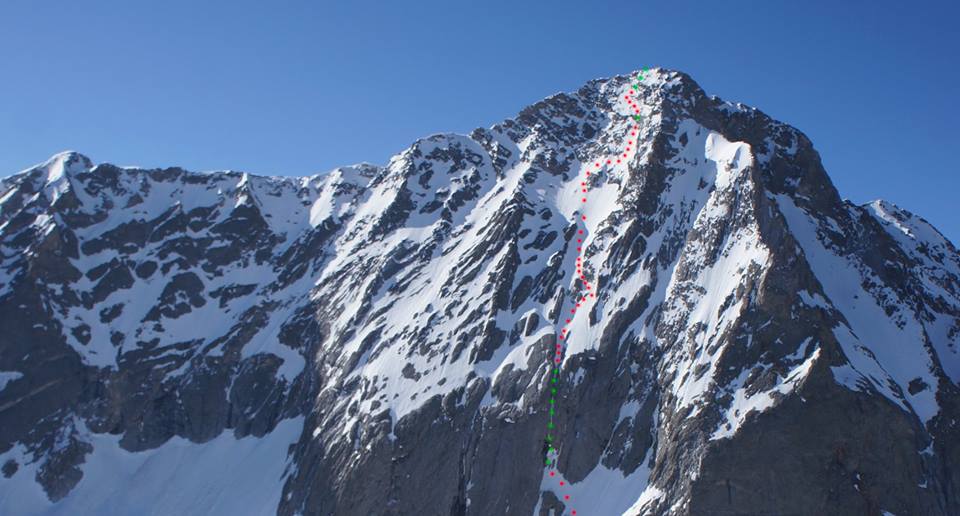 Peg Leg is more Euro I guess in that it has a lot more rope work, and I think it was probably 10 or so degrees steeper. Also, instead of finding one rappel anchor, we had to track down 4 of them. Any time you drop in to a line like this, it is a challenge in commitment to get in there and just see what you find to anchor off of.

The name, Peg Leg, was sticking with the pirate theme of our first route, and in some ways when you look at the line as a whole with the rappel at the bottom it looks like a profile view of a peg leg. Then of course, there’s the story behind Colter dropping one of his skis off the 400 foot cliff on our last rappel. He luckily didn’t need it at that point, and he found it at the bottom, a little worse for wear but still skiable.

You guys are blowing up all over social and on magazines like FREESKIER, POWDER, BACKCOUNTRY… Did you expect this kind of attention?

None of us really expected much of anything after the line. To us, we just went out and challenged ourselves to ski something new. The outpouring of media attention was crazy and completely unexpected. 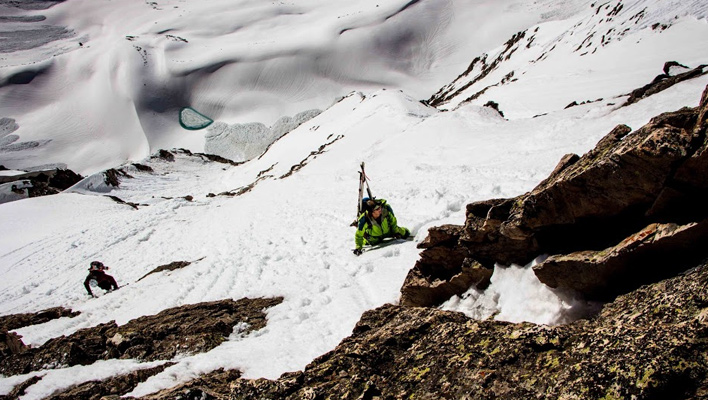 Flip flops, climbing shoes, and bike shoes… Skis are hung for the season.

For more from Jordan White, follow him on Instagram and check out his blog Elks and Beyond.