It was 6am and Andrew and I were waking to the sound of an iPhone that had fallen somewhere between the front and back seats. Condensation covered the windows and our sleeping bags stretched across the back of my Jeep.

It was just over freezing at the moment but we knew as the sun climbed higher in the sky this afternoon, temperatures would be breaking 60 degree F. It was going to a perfect day for Spring skiing in New Hampshire’s White Mountains!

The objective for the day would be to climb and ski (snowboard in my case) The Great Gully in Mount Adams’ King Ravine. Thankfully, we hit the trail early enough for the most of the approach to be nice and frozen. The return journey would be a wildly different story, but for now, hiking was easy.

From the Appalachia parking lot, where we had parked and stayed the night, we set out on the Airline trail, linked up to Short Line, then to the King Ravine Trail, and finally the Great Gully Trail. We covered the nearly 4 miles to the ravine in good time and set our bags down to put the poles away, get the axes out, and toss the crampons on.

Actually, we roped up as well. This wasn’t entirely necessary, but both of us will be climbing Rainier soon and I’ll be on Denali in June, so it made good sense to get the practice in.

We used a 30 meter 8mm glacier rope, shortened with front and back kiwi coils, tied in our prusik knots, and had fun hammering snow pickets for running belays. Of course, this slowed our progress climbing up the gully, but it was for the best because much of the slope consisted of solid ice sun cups and by drop in time, it had mostly softened to the most perfect Spring corn.

Topping out on our route, we sat for a snack at 5,198 feet. After transitioning to ski and ride mode, Andrew edged his first turns into the face as I set the DJI Mavic Pro drone loose upon the sky. This was the first time I had flown it for any sort of follow on a ski descent and it was so cool to watch Andrew tackle the gully from that perspective.

When I saw that he had safely reached the top of the ravine floor, I flew the drone back to me, landed it, packed my gear away, and readied myself to drop.

It’s amazing to think that the hours spent driving, sleeping in the car, hiking, hauling heavy packs up nearly 4,000 of elevation gain, the frustration of skis and board smacking tree branches on the tight overgrown valley trail, the post-holing through snow melt undercut slush trails, all of that for a ride that was over in just a few minutes. Well, that’s not entirely true. It’s about the whole experience, but the descent was what we were after. And it goes so quick. Is it, was it, worth it? 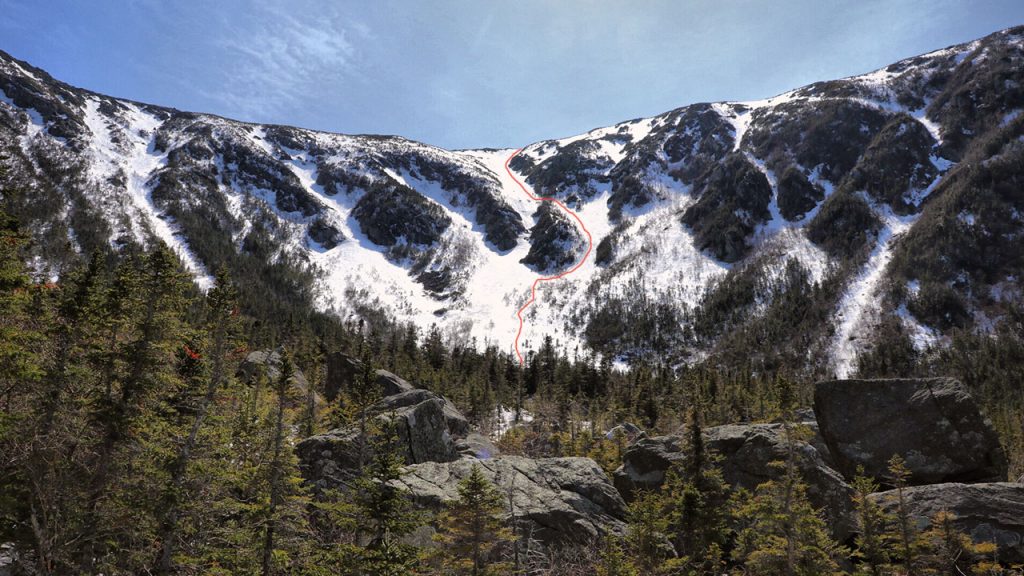 How to Have An Ocean Friendly Garden

EP12 – Michelle Parker on Self-Motivation, Her Life as a Pro Skier, and Staying Safe In The Mountains