I’ve wanted to snowboard at the Mt. Baker Ski Resort for almost 20 years. To an 11 year old punk from upstate NY, Mt Baker was the Snowboard Mecca of the world.

I still haven’t ridden inbounds at the resort, but I did climb to the summit and snowboard down the most iconic mountain in snowboarding.

We parked at the snow line on the side of the dirt road about 2 miles below the Heliotrope Ridge Trailhead. We packed our bags, ran through a two man crevasse rescue scenario, set the alarm for 1:35AM and called it a night. Most people break up Mt Baker into two days, but we dropped half the weight and skinned up in a single push. 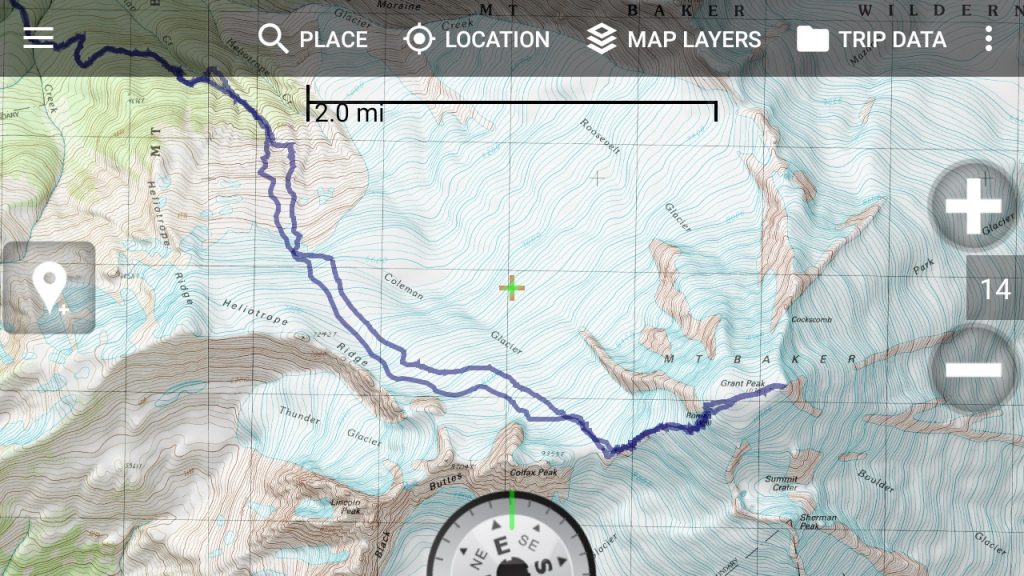 The steep ice on the Roman Headwall really tested the nerves, the splitboard crampons, and my self-arrest skills. It’s steep. It makes so much more sense to A-frame the board and bootpack up the headwall, but I wasn’t there to make sense. I was there to splitboard the most iconic mountain in snowboarding. That board was not coming off my feet until the transition on the summit.

I had a lot of time to think on the 12 hour 7,741 ft ascent. I thought about how grateful I am to be able to spend so much time in the mountains, that my father taught me how to ski at 3 years old, and that my mother bought me that Rossignol snowboard from Christmas 1998. 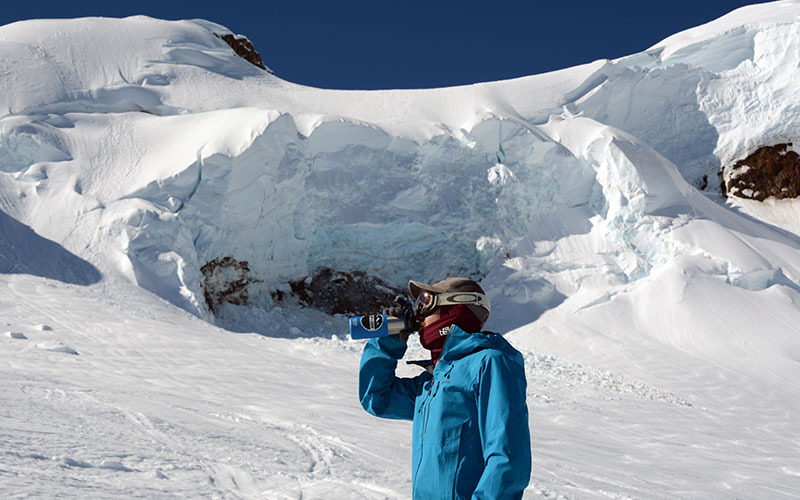 After getting over the headwall, and while crossing the mellow summit plateau on the way to the actual summit, I had a flash of every snowboard i’ve ever owned, every mountain I’d ever ridden, and all the amazing people I’ve met revolving my life around this beautiful sport.

I thought about the kickers we would build off to the side of Timmy’s Run at Woods Valley, and about the really good job I left to sleep in the back of my truck next to a pile of snowboard gear at random trailheads in the pacific northwest.

The descent was wild.

Over 7,000 feet. Everything from steep steep ice to glorious spring corn. Small crevasse gaps, fields of rollers from spring melt drainage, and massive open snowfields. Going through the trees on the lower mountain, we descended a crazy exposed set of waterfalls and cascades that was like nothing I’ve ever seen… 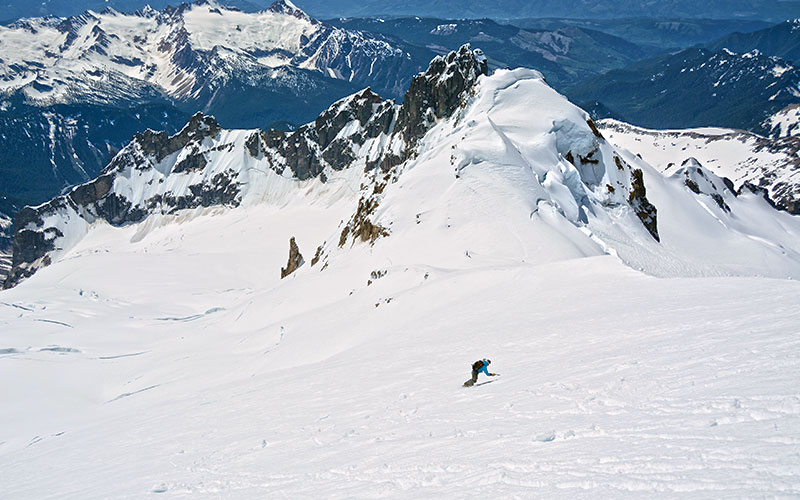 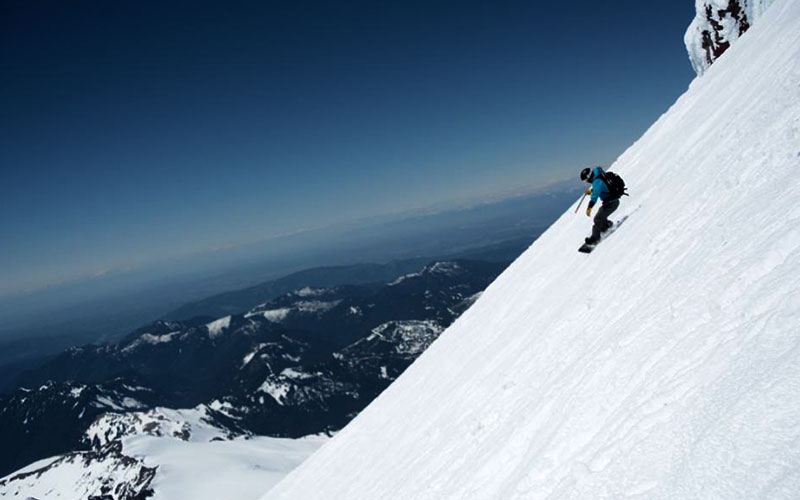 Splitboarding Mount Baker was sick. I guess, let’s leave it at that.

12 Travel Hacks and Packing Tips for Girls on the Go

Should You Switch to a Hardboot Setup for Splitboarding? Pros and Cons

EP48 – The Joy of Creating, with Artist and Adventurer Jessa Gilbert

The Importance of Going Back To YOUR Basics

How To Develop A Motivational Mindset