The American Alpine Club Live Your Dream grant, powered in part by The North Face, is awarded to a handful of climbers each year pushing for progression both personally and sport-wide.

This year, Between The Peaks’ Ryan Sarka and Jonathan Ronzio (founder, Explore Inspired), are among the Live Your Dream grant recipients for their vision and pursuit of BTP: Expedition Denali.

Per the American Alpine Club, Ronzio and Sarka were awarded the grant for their quest to climb and splitboard the West Buttress of Denali, furthering the mission of Between The Peaks and filming a follow-up to their award-winning adventure-philanthropy film focusing on local habitat and sustainability issues.

“I was super excited to learn that I was one of the winners of the AAC Live Your Dream Grant! It’s definitely an honor to know that they feel like the Between the Peaks team and I have what it takes to represent such a prestigious climbing organization. I’m stoked to get on Denali and will be waving the AAC flag high!” – Ryan Sarka

The duo met on a college snowboard trip to Jackson Hole, where they, as Ronzio puts it, “bonded over their side-country snowboarding insanity”—notably, launching off infamous Jackson backcountry feature, Smart Bastard. 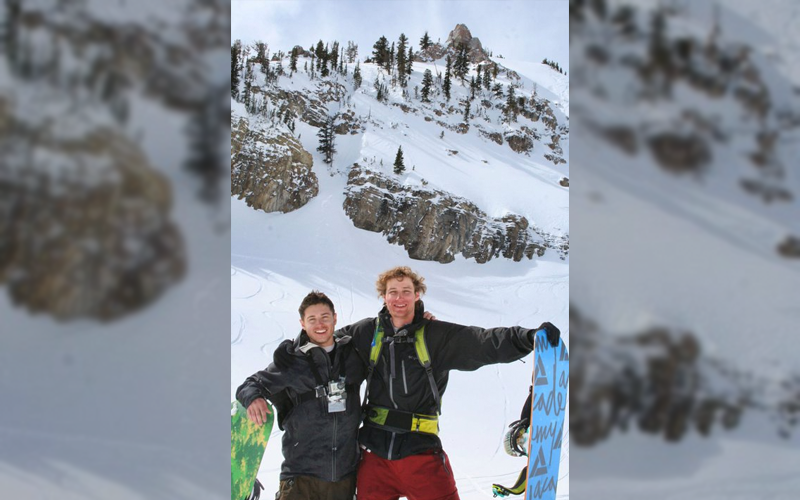 In the fall of 2012, Sarka would uproot from New York and join Ronzio in Aspen, CO where the two, along with friend Ethan Lee, would spend the next year in training while putting into place plans for the Between The Peaks project—their aim to climb both Aconcagua and Denali, travel the Pan-American from one to the other, and volunteer in each passing country.

After climbing Aconcagua and then over four months on the road, the trio made it to the Mexican border before the journey came to a halt due to funding setbacks, but they would release the first chapter of Between The Peaks as a full-length film nonetheless. Their first amateur adventure film effort would go on to take Best Documentary Feature at Mammoth’s Mountain Film Festival, among receiving official selection nods and international distribution.

Unwilling to let the Denali dream die, Sarka, Ronzio, and Lee would work hard over the next 4 years to see that the end of the Between The Peaks story would be written. In addition to climbing and snowboarding Denali, through this follow-up the three will work with NGO’s to highlight current and proposed solutions to protecting the lands and waters of the Arctic, provide support to a Nepali climbing community in need, and address the internal struggle of how to balance conservationism against a life spent chasing adventure sport and travel. They have also added a fourth member in Crystal-mountain based splitboarder, Jake Willson.

The team embarks on their expedition June 3, 2017. Follow the adventure on the Between The Peaks Facebook page. Also, don’t miss out on opportunities such as future Live Your Dream grants:

EP30 – How To Achieve Massive Results This Year (Goal-Setting Frameworks)