South America is an incredible place, but it’s got a big problem. Abandoned animals. Stray dogs and cats are roaming the streets in alarming numbers.

I always do my best to accept and embrace the cultural attitudes in the places I go, but throughout South America, I found it incredibly hard to sympathize with the general public opinion on pets. It’s sad to see so many dogs cast aside, mal-nourished, mis-treated, and roaming the streets. In the outskirts of Santiago, dogs line the sides of roads like squirrels do in New England. 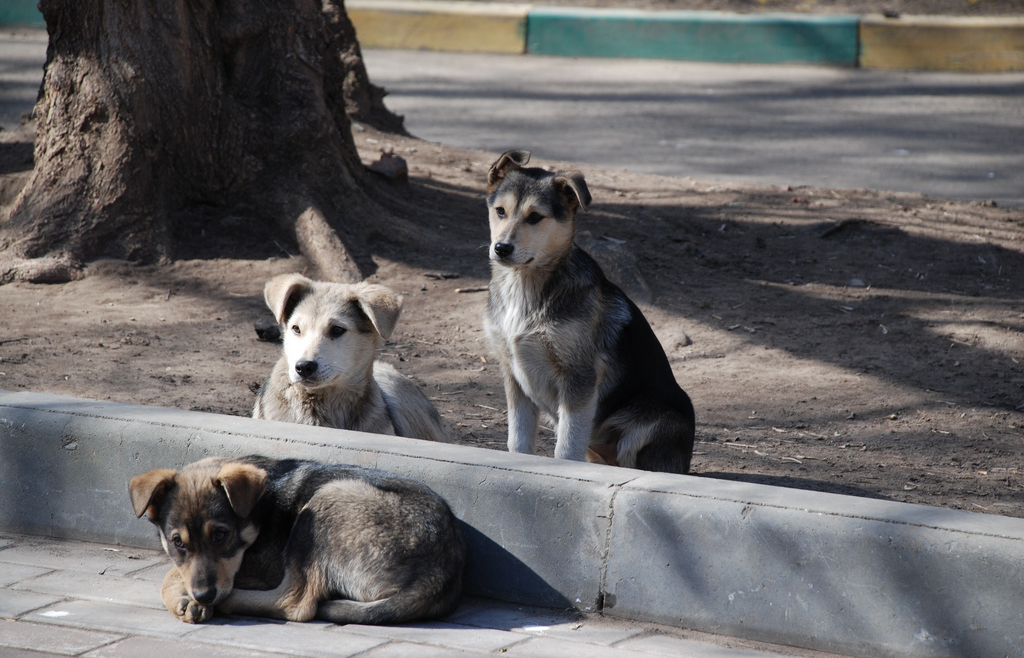 Unfortunately, the problem extends beyond simple population control. There are attitudes and cultural normalcies that have developed over generations than cannot easily be changed. Families typically do not domesticate pets for companionship. Instead dogs are used for home protection, and when the pet gets older, becomes ill, or the family cannot afford to keep it, the pet is left to fend for itself. And then there are all those born homeless to start.

Thankfully, there are people taking a stand to aid in abandoned animal rescue efforts. And to varying degrees, there are ways we can all help if we chose to.

There are plenty of animal shelters, clinics, and rescue centers doing great work across South America. Even donations as small as $15 can sponsor a dog getting spayed or neutered. Of course, if you plan to donate, do a little research of your own and find the place you feel best about. There’s a pretty comprehensive list of animal rescue groups in Santiago, Chile here, and one of my favorite organizations is Humane Society International.

There are many options when it comes to volunteering abroad, but we don’t often think about animal centers. The pictures that usually come to mind are helping children in schools, clean up and infrastructure projects in third-world villages, etc. Those are of course initiatives worthy of your time, but there are other options for the animal lovers out there.

I volunteered in a wild animal rehabilitation center in the Amazon rainforest called Sacha Yacu and it was such a cool experience! Although there is the awesome appeal of having a monkey on your shoulder, or playing with other exotic jungle animals, you should consider working with street animals too. Santiago, Chile specifically has the worst stray dog problem of any place I’ve seen. But there’s hope.

Organizations such as South America Inside are popping up at a faster rate than ever, offering travelers a wealth of volunteer opportunities around the world. If you’d like to visit Chile for a month, and you love dogs and cats, check out this program. If Peru is calling your name, and you don’t have more than a week or two, check out Volunteer Peru’s Dog Rescue program. You’ll be nestled 10 minutes from Cusco’s Plaza de Armas and just an hour train ride on the gorgeous Inca Rail to Machu Picchu.

US Olympic Skier Gus Kenworthy made international news when he became determined to adopt a pack of stray dogs from Sochi, but have you heard the story of Chili Dog? 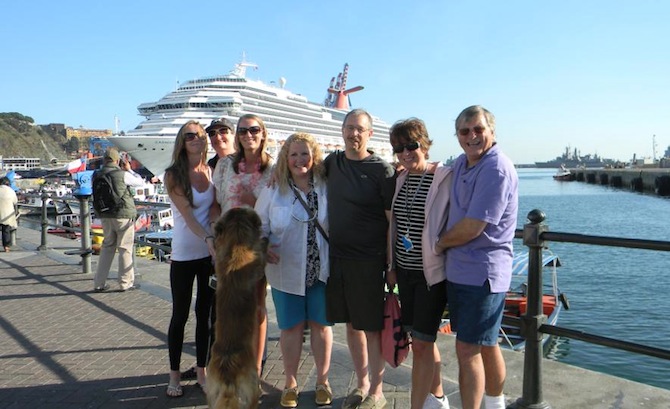 Pictured above, this clever four-legged friend photo-bombed the O’Connor’s family vacation photo. After the picture, the dog stayed with the family for the next 8 hours as they explored  Valparaíso. When the O’Connors had to return to their cruise ship, daughter Kaylan was heart-broken to leave the dog behind. After arriving home in Washington state, she began an exhausting and determined month long search for this pup who she did eventually find, transport back to the US, and affectionately named “Chili Dog.”

And then there’s Arthur. 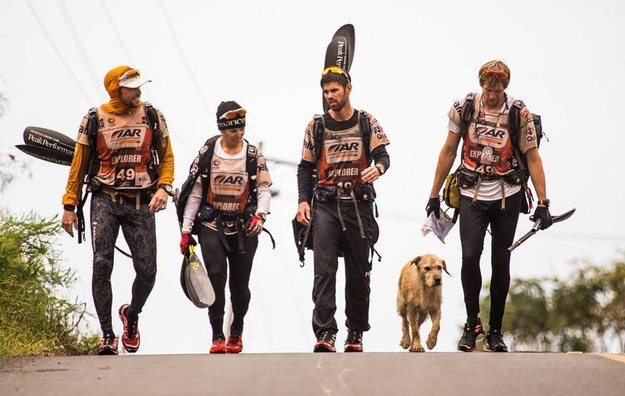 This incredible dog decided to team up with four Swedes partaking in the Adventure Racing World Championships, and with the final 2 stretches of the 430-mile race through Ecuadorian jungles to go, he refused to be left behind. When Mikael Lindord and team left the shore to begin their 36-mile kayak across the coast, Arthur kept swimming until Lindord hoisted him aboard. After the race, Mikael couldn’t leave his new team member and decided to adopt Arthur. 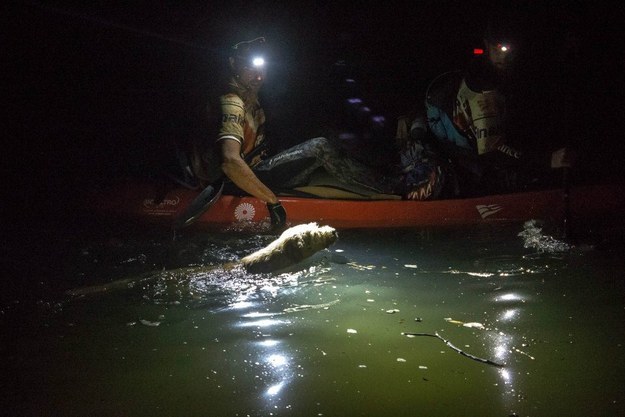 Unfortunately, not all travelers are willing to go to such lengths to save the stray dogs that steal our hearts. And not everyone has the means to – that’s okay. But wouldn’t it be amazing if more of us took a page out of Gus, Kaylan, and Lindord’s book and created action by setting such powerful examples.

My wife and I spent a week volunteering at the Elephant Nature Park in Chiang Mai, Thailand, where there is also a dog rescue program. Of the over 500 dogs on the property, either saved from the streets, the dog meat trade, abuse, abandonment, car strikes, or the Bangkok flood years back, one little puppy stole my wife’s heart. And mine right after. She was rescued from a drain in a Thai military camp that had threatened to gas all the dogs on the station. Thankfully, volunteers from ENP got there in time and saved who would we end up calling Ellie and bringing home with us. 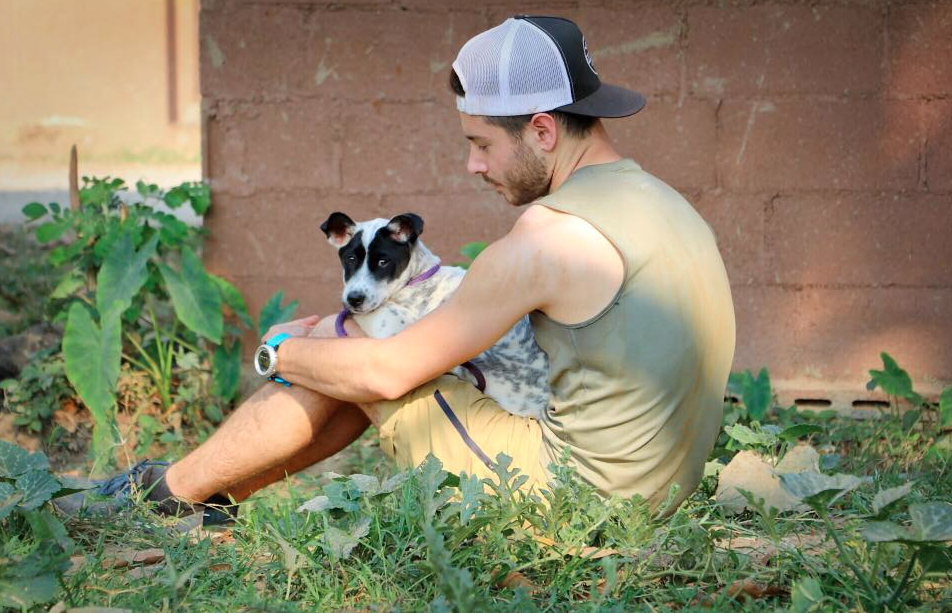 Dogs around the world, abroad and at home, need our help. And our love. Parts of South America are especially sad for animal lovers to travel, and so we must act. Spread the word, share ideas, donate to support organizations and individuals doing good work on the ground, do the work yourself and go as a volunteer, or if you can, give a pup a home.

Of course the easiest way to help is simply sharing this post and any other articles you may come across that address this issue. Awareness becomes advocacy, and advocates breed change.

4 Great Ways to Keep Training When the Weather Sucks

Our Volunteer Honeymoon – A Meaningful Start to Married Life

I’m Donating My Birthday to the Haiti Street Dog Project

“Go. Give. Grow.” The Story Behind High Tide Adventure