Would you free climb a 3,000-foot tall sheer face of granite? If not, what’s your Dawn Wall?

On January 14, 2015, Tommy Caldwell and Kevin Jorgeson completed a near impossible ascent of one of El Capitan‘s most difficult routes.

What drove these guys up Yosemite’s fabled Dawn Wall? And what kept them there with destroyed knuckles, ripped calluses, and the valley’s whipping winter storms testing their limits? A dream.

Dreams are funny things. They have the potential to completely consume us, and they can blind us to danger with that shiny silver filter of optimism. And though following your dreams may have all the classic highs and lows similarly associated with an all-night cocaine binge, it’s a drug that society is prescribed on the daily.

It’s always a gamble to commit to the uncertain, but if you believe it’s worth it, it generally is. Tommy and Kevin committed to free-climbing El Capitan’s Dawn Wall and became overnight sensations in not just the climbing community, but around the world.

Over the duration of their quest for the wall, I found myself explaining what free-climbing was, and in general the logistics of big-wall climbing, to many who would otherwise have no interest in the subject. So why did they care now?

Because we like to cheer for the dreamers. We root for the people who pursue seemingly impossible objectives.

Something within us has a passionate curiosity in discovering the edge of human potential, even if we are not the ones standing on that edge. However, if you are the one pushing those limits, it does not come without sacrifice. 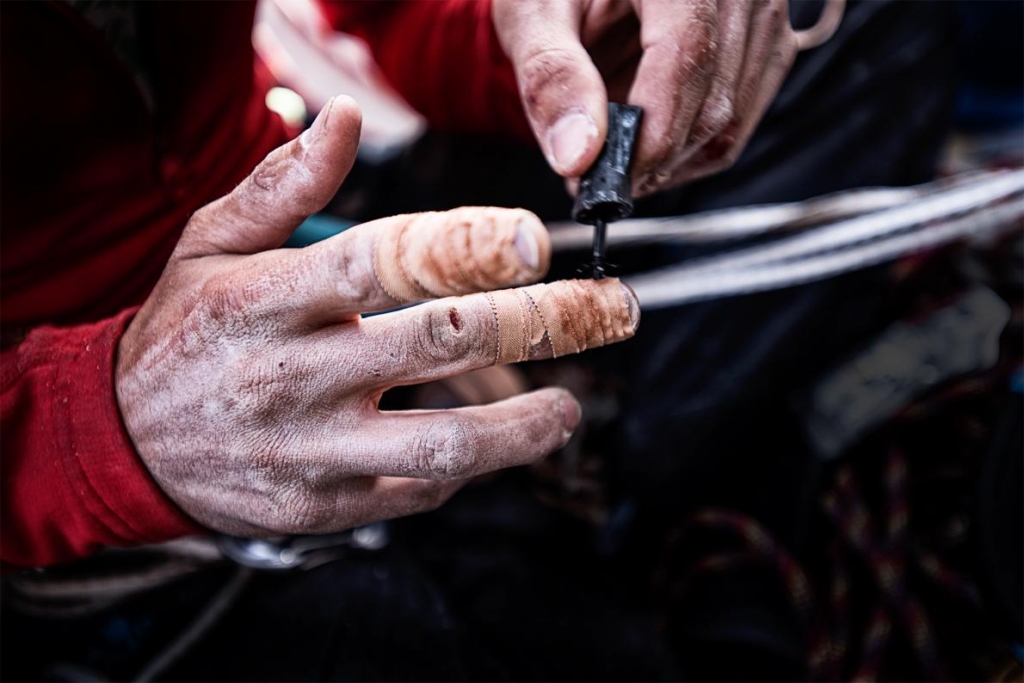 For many of us chasing dreams, our sacrifices may not come in the form of torn up, weather worn hands. Ours may be the strained emotional connections when the work necessary to achieve the goal requires more time and energy than friends and family would like. The lost hours of sleep, the stress, the doubt. In the pursuit of passion, we find ourselves struggling to survive in more ways than just making sure we don’t fall off the wall. But sometimes we need to let go of our concern for the big-picture, and focus on the steps in front of us.

“Identify the goal, and then forget about it and concentrate on the process.” – Yvon Chouinard

I’ve let a dream take over. Mine took me to the heights of Mt. Aconcagua, where a near miss with pulmonary edema stopped me 1,000 feet shy of my goal. But I learned that sometimes we need to fail to succeed.

Coming that close is often times better than reaching the top because it further fuels the “I can do it” attitude. You try again, and try harder, with an unshakable belief in your own potential.

Tommy Caldwell and Kevin Jorgeson didn’t just decided to free-climb the Dawn Wall one day. Well yes, they did – but then they spent years training for it, scouting routes, practicing pitches, and memorizing moves.

It is that routine monotony of hard work, and determination in the face of unrelenting challenge that makes us better.

The process of chasing dreams isn’t for everybody, but if you are a dreamer, don’t just dream…go and get after it!

Oregon’s Smith Rock Inspires Me to Become a Better Climber

Warning: This Film Might Make You Quit Your Job – 180 Degrees South