I first heard about Pika when my husband went to Desab, Haiti to film a short documentary about the village. He had partnered with our friends at High Tide Adventure and Clif Bar to go tell that story, but in addition to duffles full of Clif Bars, he brought down a couple boxes of Milk Bones knowing there would be some stray pups around.

He had been messaging me while he was there and told me about this little dog that stole his heart and that he felt so bad having to leave her behind. My first response was, “well, stay then. Figure out how to get her back.” But there were only a few days until Christmas and we had plans with family. He also didn’t know where to even begin with trying to transport her.

Taking her out of the village still wouldn’t guarantee her getting back to the States because he would have had to find a vet that could give her shots and paperwork for customs, and then we were unsure about airline regulations, carry-on vs cargo, or where to get an airline approved carrier. There was just too much to figure out and not enough time. But he found comfort seeing that the people of Desab really seemed to not just know, but love Pika. She was one of the few strays they showed affection.

Months came and went, and we actually wound up out in Thailand where we fell in love with another puppy. One that, this time, we would bring home. That’s our Ellie. But Jonathan would still bring up little Pika from time to time, and we were excited to hear that Bethany and Tucker (of High Tide) would be taking a group of students to Desab over the summer. And that they planned to check on Pika.

In July, they did see her, of course, happy and affectionate as always, but malnourished and skinny. It’s a difficult thing in the sense that yes, many of the people of Desab loved Pika, but, many of those people struggle to feed themselves and their children, nevermind a stray dog. After seeing a picture of Pika, that’s when I decided to take action.

A quick search for humane societies on the island or any organization really that may be able to help, led me to the Haiti Street Dog Project. One conversation led to another, and I became a team member, and Pika became the first internationally transported and adopted dog out of Haiti through the project.

What were the biggest challenges in adopting Pika out of Haiti?

The cost and the carrier. This first time around, the cost of transport and adoption was much higher than we anticipated but having gone through the process, we see where we can reduce costs and make this more efficient for future adoptions.

The biggest thing is that when you have a fully-grown dog, they can only be transported in cargo on American Airlines at this time. American Airlines and Jet Blue will both allow small dogs in the cabin traveling with a passenger. But Pika had both a full-size crate and no flight volunteer to accompany her.

Also, it is near impossible to find an airline approved carrier, as well as the required food and water attachments, anywhere in Haiti. If you are traveling to Haiti anytime, please consider bringing an airline approved dog carrier as one of your checked bags and let us know so a member of the Haiti Street Dog Project can meet you at the airport.

What’s next for the project?

How can you help? 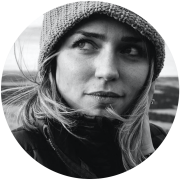 I’m Donating My Birthday to the Haiti Street Dog Project

How Desab, Haiti, Taught Me How to Travel with Purpose