Marijuana shop? Mountaineering museum? Ray Genet memorial? All of the above.

At the far end of Main St. in Talkeetna, is an old hand-built log cabin that was the home of Ray Genet.

For those who don’t know, Ray Genet is a legend. He was a Swiss-born Mountaineer and Guide best known for his pioneering efforts on Denali, the tallest mountain in North America.

He spent over a decade developing an intimate knowledge of the weather, terrain, and skills necessary to successfully climb and guide on the mountain. Having over 30 summits on Denali, he was known to make 3 to 4 trips a season, as well as even bringing dog sleds to 14k ft camp… A legend. 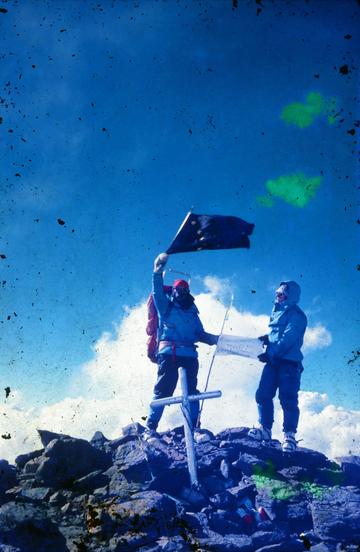 For a long time, Ray actually held the record for the most summits ever on Denali.

He built the log cabin in Talkeetna to serve as the home base for his guiding company, Alaska Mountain Guides Inc. That same log cabin is now a cannabis dispensary that showcases his legacy, along with several strains of high-quality bud. The cabin is 80% mountaineering museum, 10% pot shop, and 10% headquarters to a budding lifestyle brand.

When I first arrived at the Talkeetna Air Taxi climber’s cabin, I noticed a particular logo in the mosaic of stickers on the wall. It was a depiction of a mountaineering legend with the backdrop of Denali and the text “The High Expedition.”

“Cool logo” … “Is that The Pirate?” … “Must be a startup guide service or something” … “Either way, they crushed the logo.” – My climbing partners

I found a few extra stickers on the nearby table. I put one on my Rite in the Rain notepad and one on a Nalgene before I even knew that this company did. While sitting in our tents on Denali, we discussed several times where we thought the logo came from. When I got off the Denali and back to the Cabin several weeks later, a fellow climber filled me in on The High Expedition.

As soon as I walked in, my eyes widened and jaw hit the floor.

It was a Denali Mountaineering Museum with Ray Genet as its centerpiece in a traditional old Alaskan Log Cabin. And, yes, a pot shop! 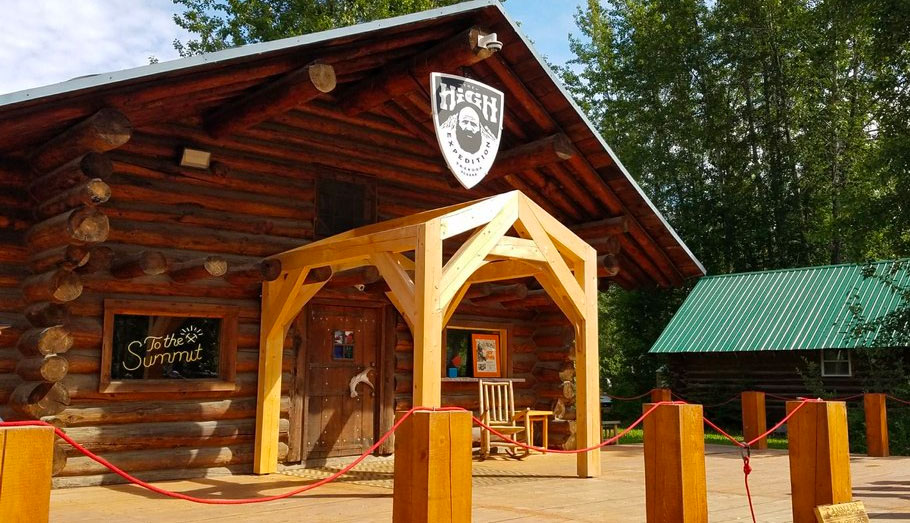 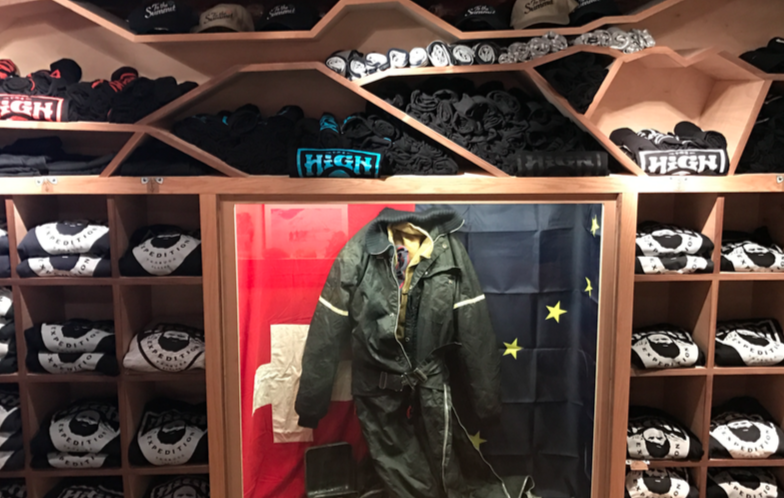 I immediately met Joe McAneney, the owner, the designer of the logo, and the mastermind behind the restoration of Ray’s legacy. We talked for a while and I learned about Ray, Taras, and the origin of Denali guiding.

“This is my dream come true. To be able to open a cannabis dispensary and educate hundreds of thousands of tourists from around the world. The connection with Ray Genet is not with cannabis, rather, the connection is pioneering a new industry that requires fortitude and relentless pursuit amongst many obstacles. Being the first person to guide people up Denali, Ray experienced and navigated a similar framework of Federal bureaucracy.” – Joe McAneney

Ray is the legend. The pioneer. But his son Taras built a legacy of his own.

Taras Genet is the first son of Ray. He was only 2 years old when he was carried by a Sherpa to Everest base camp with his mother, were where they waited for Ray to come down from the summit. Taras was the first blonde haired blue eyed baby to be seen at basecamp.

“Ray Genet never made it down the mountain. He unfortunately met his final resting place less than 1,000 ft from the summit. 11 years later, Taras became the youngest person to summit the mountain that Ray pioneered – Denali.” – Joe

He already has a line of streetwear including shirts, hats, and hoodies popping up at trailheads and climber bivys. His goal is to expand.

He is getting ready to release a line of functional apparel (base and mid layers) that consists of a proprietary combination of hemp (locally grown) and merino wool, and products like “Ray’s beard oil” and “The Pirates hand salve” are just hitting the shelves.

“We have signed our first professional athlete, Lance Mackey. 4 time Iditarod Champion, cancer survivor, cannabis advocate. He wants to help design and endorse a line of our outerwear and represent in races and market as Iditarod trail tested and approved.” – Joe 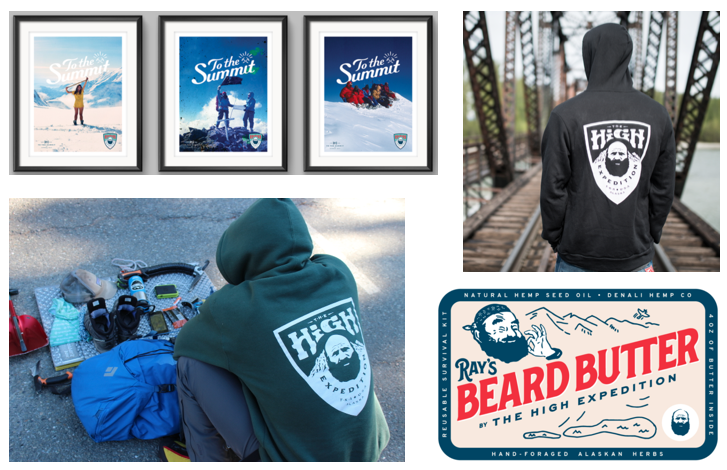 “Pirate Lake sits at the base of the Ruth Glacier on the Tokositna River and is a private in-holding inside the National Park of 80 acres and owned by Ray’s son Taras and his wife Staci. Ray left behind blueprints and sketches to build an eco-friendly lodge that would be a fully sustainable creative gathering place. We hope to begin building out Rays dream retreat within the next few years.” – Joe

A few months ago, Joe was approached by a Director with hopes to make a documentary on Ray and Tara, and their impact on Alaska mountaineering.

“We are interviewing 20+ individuals; friends of Ray, people who climbed with him, and those who knew him well. We are also interviewing some well known climbers such as Art Davidson (author of Minus 148 Degrees and climbing partner with Ray on Denali’s first winter ascent), Dave Johnston, Brian Okonek, Kitty Banner, Reinhold Messner, etc.”

“We will be filming segments with Taras at Pirate Lake and the film will sort of be a telling of Ray’s legacy with the emotional angle of Taras as a prodigy child left in the shadows after his father’s death.“

Ray Genet was a climber, a guide, and a pioneer. He died on an Everest climb back in 1979, but his legend lives in a way no one would have expected.

It’s not about the marijuana. It’s about cultivating an alternative lifestyle brand that is built on the spirit of exploration and paying tribute to a man who never did anything by the books. And as Ray always said…