UPDATE: Kilian Jornet breaks his own record and ascends Everest in 17 hours!

Who is Kilian Jornet?

Kilian Jornet Burgada is a 29-year-old ski mountaineer and ultra-runner from Sabadell, Spain. In his recognized career as an elite athlete (since 2004), he has won some of the most pretigious and difficult races worldwide, including the Ultra-Trail du Mont-Blanc, the Grand Raid, the Western States Endurance Run and the Hardrock 100. Kilian also holds six championship titles from the Skyrunning World Series. 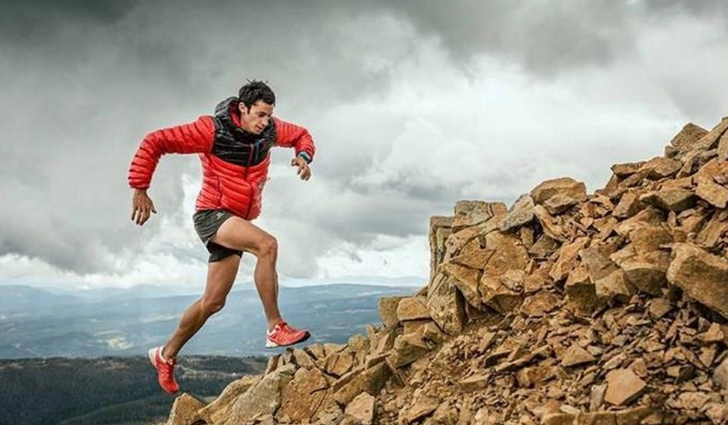 It sounds pretty cool doesn’t it? But most people haven’t heard of this daring sport. Skyrunning is basically just trail running in high mountains. Specifically, in the realm above 6,600 feet (2,000 meters) where the incline exceeds 30 percent and the climbing difficulty does not exceed grade II.

A couple of Italian mountaineers pioneered the sport, or the races at least, back in the early 1990’s on Mont Blanc and Monte Rosa. Today the sport is some 50,000 strong with nearly 200 races across 65 countries.

Beyond the Racing, Kilian the Mountaineer

Outside of dominating the skyrunning race circuit, as noted, Kilian Jornet is a ski mountaineer, and a seriously badass one at that.

In a personal project beginning in 2012 titled “Summits of My Life,” Kilian set out across the globe to put his alpine style ascent skills and endurance to the test on some of the world’s most iconic peaks. So far, he’s doing remarkably well. Like, beyond human well. His speed records include:

Kilian attempted to set the speed record on Russia’s Mount Elbrus (one of the Seven Summits) but was forced to turn back due to weather. We can be certain he will go back, and with Denali, Aconcagua, Everest, then Elbrus under his belt, Kilian will most certainly set his sights on the rest of the Seven—Antarctica’s Vinson Massif, and Australasia’s Carstenz Pyramid.

Maybe perhaps he will be the one to realize Ueli Steck’s vision of climbing 8,000-meter peaks alpine style. Of course with this Everest push, he already has, but let’s wait and see if Kilian begins setting his sights on the likes of Annapurna, K2, and the rest. 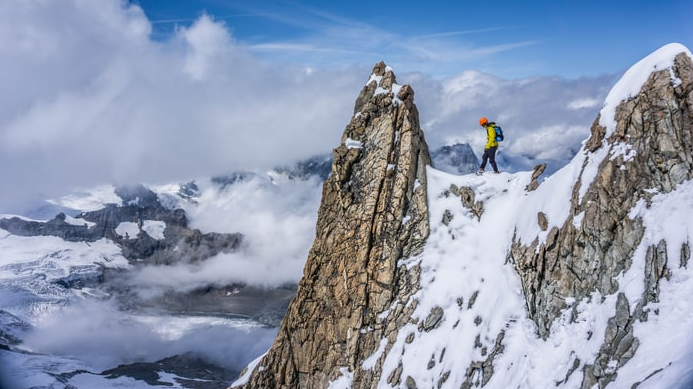 Jornet began his speed assault on Mount Everest leaving Base Camp near the ancient Rombuk monastery (5,100 m) on May 20 at 10:00 pm (local time) and would stand on the summit at 12:15 AM on May 22. This is the fastest known unassisted ascent, leaving behind the supplemental oxygen and opting not to use the fixed ropes or Sherpa support.

Despite experiencing gastrointestinal problems at 25,262 feet (7,700 meters), Kilian pushed on. He was able to return to Advanced Base Camp in a total time of 38 hours. There are reports that Jornet may be looking to shave some time off that record and give it another go perhaps this same season. Meanwhile, 37-year-old mother of two, Anshu Jamsenpa, reached the summit on both May 16th and May 21st, setting the women’s record for the fastest double ascent.

UPDATE: The reports were true and Kilian did give it another go, this time completing the 8,000 foot ascent to the top of the world in a mere 17 hours! Though the climb wasn’t exactly the same, (this time he left from Advanced Base Camp instead of BAse Camp), he still shaved nine hours off his own previous record. A record that was already unheard of to begin with. This guy is insane.